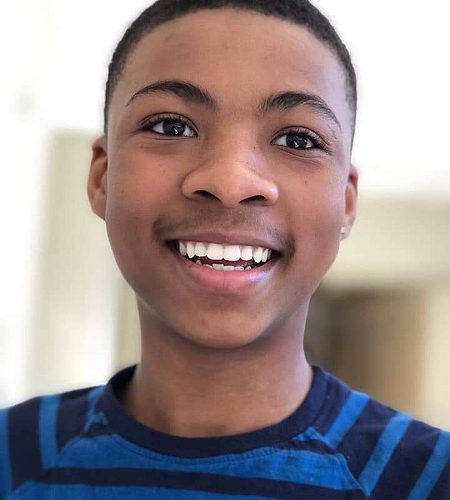 Celebrities and politicians are reacting to the death of Alabama ninth grader Nigel Shelby who died by suicide after bullying because he was gay.

The 15-year-old committed suicide Thursday after bullying because of his sexuality. Camika Shelby said that her son was tormented in a phone interview Tuesday with NBC News.

“He would tell me that kids would say things to him that would hurt his feelings,” she said. “I didn’t think it was as deep as things I’m hearing now.”

Nigel was her only child. The two had a conversation the night before he died in which Nigel said he loved her and wanted Camika to have a good day at work. She said that her son was so full of light.

“He was just special,” Camika said.

“Nigel was the sweetest child. He was so outgoing. He was always full of joy, full of light.”

Camika added that Nigel came out a young age, acknowledging that it was hard. She loved him just as he was.

“He didn’t know if I was going to accept it — that’s my child I love him.”

She hoped that his death would not be in vain and that it would bring awareness to the bullying that teenagers face, especially those who identify as LGBTQ.

“If they’re going through stuff already and you have other kids who are making them feel bad about themselves, it has an even bigger impact than if they weren’t struggling with those things,” Camika said.

A post about Nigel’s death quickly went viral on Facebook, urging people to create space for people to be themselves. It directed users to a GoFundMe page that would help pay for expenses for his funeral services.

His name was Nigel Shelby. Huntsville, AL. 9th grader Suicide He was bullied smh teach your children to do better….

Another post went viral on social media in response to Nigel’s death and led to a deputy on leave for homophobic comments. Madison County Deputy Jeff Graves wrote that he is “seriously offended” by the LGBTQ movement. He also mocked the LGBTQ community by redefining its commonly used acronym as “Liberty Guns Bible Trump BBQ”. Graves was been placed on administrative leave pending the outcome of an audit.

“The sheriff’s office holds all its employees to high standards and the public can be assured that a thorough and complete audit will be conducted and appropriate action will be taken,” a sheriff’s office spokesman said.

Nigel’s death has also come to the attention of high profile celebrities such as Justin Bieber and Sen. Cory Booker who have expressed their condolences.

“I hate this with a passion… stop the hatred please! I don’t understand how people can be so ignorant and hateful,” Bieber wrote on Instagram.

This is horrible. I hate this with a passion.. stop the hatred please! I don’t understand how people can be so ignorant and hateful Please repost! #repost

Booker said that his heart broke for Nigel and wanted to help create a world where “LGBTQ kids feel loved and affirmed in their identities. We honor Nigel by fighting for such a world every day.”

My heart breaks for Nigel and his family. We have to build a world where LGBTQ kids feel loved and affirmed in their identities. We honor Nigel by fighting for such a world every day. https://t.co/Wf8p3Sghjd