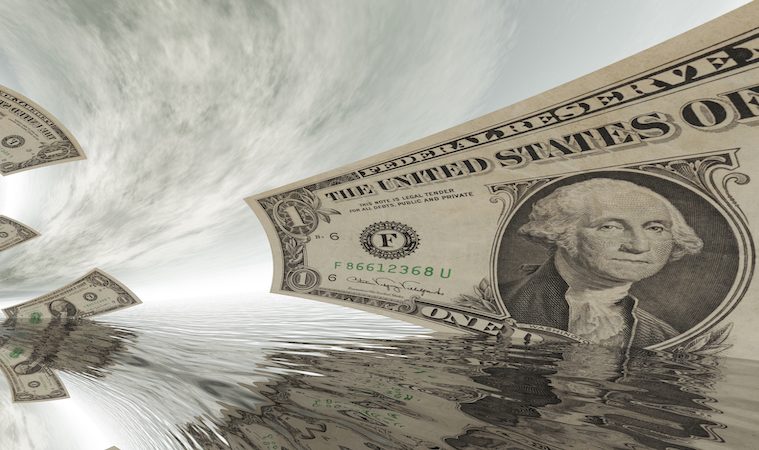 Problems associated with late-stage capitalism have been a huge issue for millennials and gen z, heavily influencing who they want to vote for in the upcoming presidential election.

Inspired by the Marxist theory, late-stage capitalism was used by Marxist theorists Ernest Mendel and Eric Jameson to describe the surge in capitalism in the 20th century and predict what overproduction and overconsumption would do to a capitalist society.

In the past few years the term is used frequently on sites like Reddit and Twitter as young people express their anger over issues like climate change and mass incarceration while acknowledging the absurdities of overpriced luxury items and gentrified living.

The recent outbreak of CoronaVirus (COVID-19) has highlighted many aspects of late-stage capitalism that has exasperated people for years. The inequalities and disparities in America can not be ignored in the light of a possible global contamination.

If some of these issues are not acknowledged, more people may be contaminated, and other problems outside of COVID-19 will continue to arise. One of the first and biggest issues to arise was lack of access to proper healthcare.

While many health insurance companies have announced ways they are helping reduce cost of getting tested for the virus, a few states such as New York have issued orders requiring state regulated insurers to waive co-pays. This still leaves many poor and uninsured Americans without a proper way to take the test.

Free tests are being given by the CDC, state government and city public health departments, but these tests could still cost a lot for many. There are private and academic labs that offer testing but they will either bill your insurance or bill you directly if you’re uninsured.

Other people with improper insurance have to consider the cost of emergency room visits, treatment if tested positive, hospitalization and/or quarantine. Fear of accumulating medical debt may sway people from getting tested in the first place.

Aspects of late-stage capitalism have made healthcare a source of revenue, placing profit above human lives. People have to decide to seek out medical help and risk debt, or not do anything and risk their health.

Another major issue that Coronavirus has emphasized is the improper relationship balance between an employer and their employees. Since Coronavirus began spreading, people who were tested positive or felt sick were told to stay quarantined, either in a hospital or in their own home, for at least four weeks.

Now in addition to Americans worried about possibly having to spend a lot of money on testing and treatment, they must also worry about loss of income, or even job. The surgeon general released a statement urging employers to allow their employees time to recover from being sick.

Americans: if you are sick with fever/cough/ flu symptoms, please don’t go to work!

Employers: PLEASE understand giving your employees flexibility and (paid) sick leave will save you money in the long run- it’s much cheaper than shutting down because everyone else gets sick!

While some individuals who receive paid time off and others are able to telecommute from the safety of their home, not everyone has this privilege. Many Americans are in hourly wage positions that require them to physically show up and do the work.

Missing a week of work could financially stunt these workers extremely, let alone a month.  A month without income could leave people unable to pay for rent, bills, groceries, etc.

Also, many employers may look to hire others to fill the spots of the sick, possibly resulting in job loss. In most people’s eyes the risk of not going to work is bigger than Coronavirus.

It's too late. They aren't gonna all the sudden decided that people need paid time off. I get sick. My family still needs to eat. My ass is at work.

How do I pay my bills if I can't go to work? Mortgage, lights, heat, food for my family. I can't take out a loan, the government shutdown damn near bankrupted me last time. And no needed raises for government employees because of the financial crisis.

Many Twitter users expressed the absurdity and painful notion of an American government official having to ask employers to let their employees stay home while sick.

The US government trying to convince employers to do the right thing by BRINGING UP MONEY because concerning themselves with the health of human beings won’t work.

A few other things that have exposed all the harm capitalism does is the price gouging of commodities such as soap or hand sanitizer, NYC public schools fearing that closing down will cause kids who depend on the free meals to go hungry, airlines burning fossil fuels with ghost flights so they don’t lose their take-off or landing spots and NYC relying on prisoners getting paid close to nothing to make hand sanitizer for everyone.

Coronavirus has revealed an uglines in America that many people have been happy to ignore for years. What it has also done is prove that the government and major corporations have the power to change things, if they choose to do so.

One can’t help but speculate about how all of this will affect discussions of capitalism and what presidential candidates will prioritize in the upcoming election.