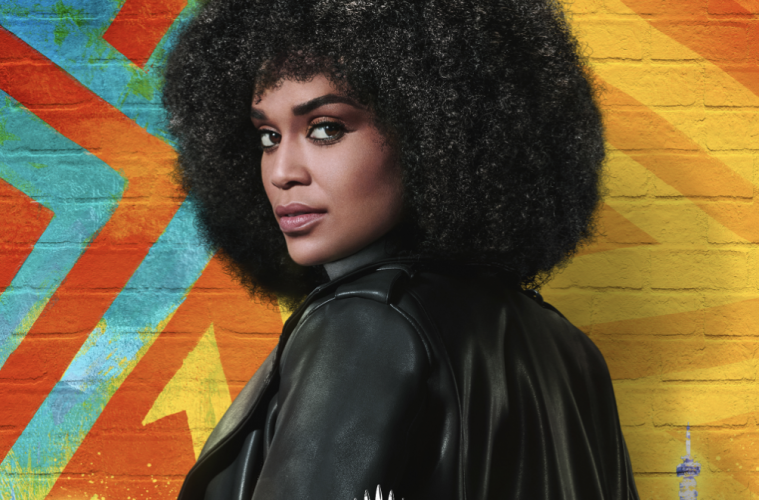 Netflix is showing major love to Africa this year with its rollout of new and original films and series.

From African showrunners to actors and authentic languages, the popular streaming service is standing out from its competitors with an impressive effort to engage and employ people from various African countries. If you can’t wait until your trip to Wakanda next year or have been looking for exciting African content, check out these diverse Netflix projects.

For years, people have been asking for a black James Bond. While they wait for what could be forever, the new pan-African spy drama “Queen Sono” is giving us all of the action, beauty and intrigue we’ve been waiting for.

Neflix’s first African original project centers around Queen, the daughter of an activist mother trying to reconcile the challenging death from her childhood. The impressive Queen, played by South African actress Pearl Thusi,  is forced to deal with the political climate in her country and the black nationalist rebels who have teamed up with the head of the Russian security company, Superior Solution.

The series created by South African comedian, actor and director Kagiso Lediga, is defying stereotypes about both women and Africans simultaneously. Dorothy Ghettuba, the head of International Originals for Africa at Netflix who hails from Kenya, explained why the show that premiered on Netflix last month is so important.

“It showcases an African aesthetic onscreen that the rest of the world has never had a chance to see … exploring the origins of contemporary trends through African eyes and the breadth of ideas that this vast continent has to offer,” she told the press, according to the Lagos Review.

I am thrilled to announce that my production company, UpperRoom Productions, will be partnering with Netflix International, to develop a slate of non English feature films. https://t.co/n0xUlLqRaO

John Boyega recently signed a Netflix deal that will prove to be more than just a win for the Star Wars actor, but a great opportunity for so many people in the African diaspora.

Boyega, the 27-year-old British actor of Nigerian descent who made a name for himself in the modern Star Wars movie franchise, has signed with Netflix to create non-English language movies focusing on west and East Africa. If you’re not excited yet, you should be.

With the help of his UpperRoom production company, Boyega released a statement saying he will, “develop film projects based on stories, cast, characters, crew, literary properties, mythology, screenplays and/or other elements in or around African countries.”

David Kosse, VP of international film at Netflix, sees the investment in Boyega’s projects as a great opportunity for the streaming platform.

“Africa has a rich history in storytelling, and for Netflix, this partnership with John and UpperRoom presents an opportunity to further our investment in the continent while bringing unique African stories to our members both in Africa and around the world,” Kosse said.

Titles and dates for Boyega’s projects have yet to be released.

What’s life like at a typical South African high school? A new teen-led drama is in the works to help us find out.

“Blood & Water” will follow a teenager trying to navigate her family’s secrets while surviving high school. Nosipho Dumisa (“Nommer 37”) will direct the series which she says will dive deep into youth culture.

“Gambit Films and I are so excited to be working with Netflix on this explosive young adult drama, with not only a cool look at strong female leads but also a powerful mystery at its core,” Nosipho says in a statement released from the network. “As a director who loves genre, this series combines the best of so many and isn’t shy to delve into the real issues of youth culture, whilst jam-packing it with twists that will keep viewers guessing.”

The series is scheduled to be released this year.