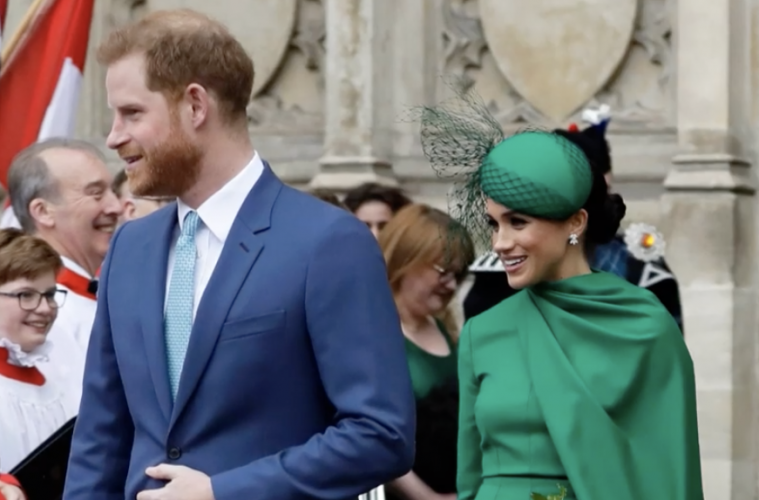 Meghan Markle and her husband Prince Harry have officially parted from the royal family. They will now reside in Canada and begin a life of their own.

Before they left however, Meghan did not leave the royal spotlight without reminding the world of the beautiful and sophisticated fashion icon that she is. Her last three dresses had tabloids and fashion blogs buzzing the entire weekend.

This past weekend was the couple’s last outing as the Duke and Duchess of Sussex. On Friday, Meghan and Harry attended the Endeavour Fund Awards at Mansion House in London.

Meghan’s light blue dress by Victoria Beckham shined as she and Harry attended the event for the third year in a row.

#TwinningTuesday We always love Meghan Markle's chic and sophisticated looks. This 👗 reminds us of our Amal midi! Swipe to shop this sale style (now $89)! ➡️ Photo via @gettyimages

The couple attended the annual Mountbatten Festival of Music at the Royal Albert Hall on Saturday where they were guests of honor . They arrived decked out in matching red tones that made them look just as elegant as always.

Their last outing as members of the royal family was The CommonWealth Remembrance at Westminster Abbey this past Sunday. Megan embodied royalty with a green cape-style dress and matching hat by Emilia Wickstead.

Meghan’s style choices were bold the whole weekend, leaving everyone stating that every color was Megan’s color. Let’s hope we see more of her own flavorful style now that she and Harry have separated from the royal family!