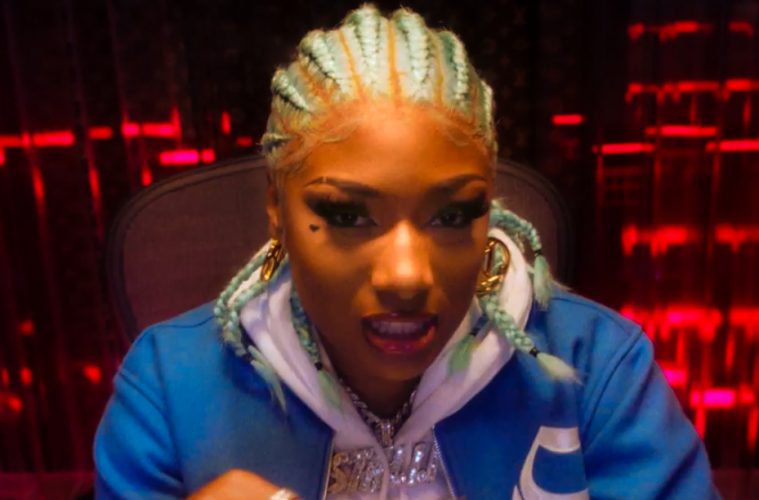 Megan Thee Stallion is one of the world’s biggest artists right now, with a large fanbase around the world she refers to as “Hotties”.  To give back to her fans for supporting her through a recent conflict with her record label,  Megan randomly announced a #SUGARSPREE on her Twitter on Thursday.

The Texas-born rap star just recently dropped her new EP Suga on March 6 after having to sue her label to release it.

When Megan posted a live video March 1 explaining to fans that it was the record label that was stopping her from  releasing new music, they quickly took to Twitter in support of Megan. Hashtags such as #freemegan, #freemegantheestallion, and #freetheestallion quickly began trending.

Since her fans took over Twitter in support, Megan has been able to drop her EP, which is currently No. 6 on iTunes.  She recently dropped a music video for the song “Captain Hook” which has over a million views in the two days since it’s been released.

Megan showed her fans love for their support by telling them to drop their cash app names under the tweet so she could send them money.

Hey hotties since y’all have been going so hard supporting me I wanna support y’all and bless them pockets real quick !!! We’re abt to have a #SUGASPREE ! Drop y’all’s cash app names👇🏾 #partner https://t.co/p7gNnE6ZJC

In less than thirty minutes the tweet had over 11k replies filled with people’s cash app names, memes, and comments to Megan.

i luv u meg…. please … i have a revenge to plot and i need financial gain so i need to go on a #SUGASPREE $ybbirhc

Megan did not make her fans wait long. In less than an hour after the original tweet was posted, fans were posting screenshots showing that Megan had sent them money.

Ask and you shall receive 🥺
Thank you Alpha Hottie 😩💕 pic.twitter.com/8ZrSp1Lbos

Omggg. I can’t believe this is real. Thank u so much Meg. Seriously. Will always continue to support u ❤️ pic.twitter.com/dzqD8i2NhV

If you were one of the lucky ones to be blessed by queen Megan congratulations to you all, especially the ones who really needed it. As for us who missed this opportunity, I suggest turning your notifications on for @theestallion, typing your cash app name along with a funny meme, and save it to drafts in case Meg decides to bless our pockets again!