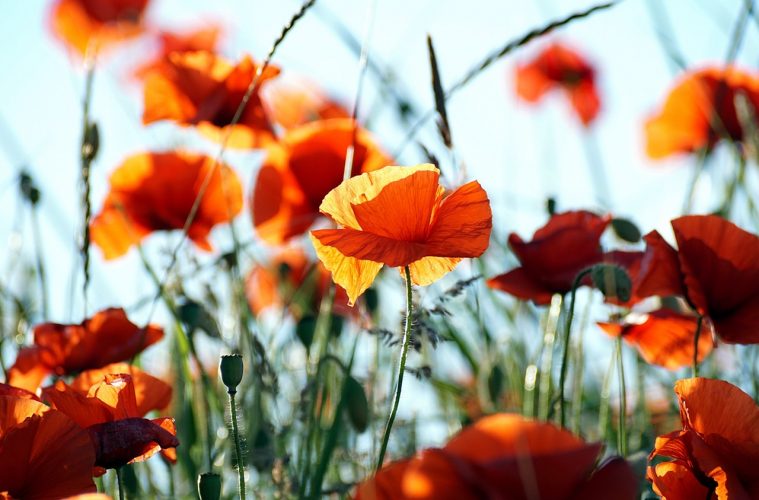 Nestled within the scarcely patrolled, mountainous regions that straddle the Afghanistan-Pakistan border is part of what is known as the Golden Crescent. Within the hilly confines of Mizoram in India, geographically guarded fields grow opium poppies aplenty – enough to supply the ever-expanding markets throughout Africa, Europe and the West with the vital cash crop to make heroin.

It is among areas like these where millions of addictions are birthed, along with the millions more lives these addictions have shattered. And now this long, lurid trail of heroin, from harvest to product, has found a new transit hub – Mombasa, Kenya.

Mombasa is the largest port in Kenya, strung along the coastline facing the Indian Ocean, and functions as the maritime gateway to most of Eastern Africa and throughout the continent. Yet this coastline is poorly monitored and the port itself is wrought with corruption – both of which provide ample opportunities for drug smugglers to exploit gaps in enforcement to broaden their network.

Millions of cargo freights fly into this East African port per year, making policing the port, even with the most optimal levels of enforcement, incredibly difficult. A true solution for the problem would require an increased amount of international cooperation to address the heroin trade and the networks that fuel it.

And that network begins far from the bustling port in Kenya. It begins in Pakistan, 4736 kilometers away, where poppies are both grown and processed to make the illicit and highly addictive drug.

According to Cultural Survival Quarterly, “Pakistan has become a key country for the heroin trade; it is not only a producer but a conduit.” Much of the heroin produced in Pakistan is smuggled primarily through India or Sri Lanka.

Part of what makes this route a fortuitous one for drug smugglers is the decades-long cold war that exists between the governments of Pakistan and India, which makes international cooperation between the two countries stretch from contentious, to hostile, to downright nonexistent. Relations between the two nations remain at an impasse, even in the face of a surge of heroin and opioid addiction in India.

Efforts to stem the tide of heroin coming from Pakistan are hampered by a number of challenges. Pakistan has next to no ability to police the regions where the poppies are grown and processed.

In areas like Mahaban Mountain, within the Northwest Frontier Province, tribalism is the rule of law. These tribes are part of confederacy, primarily Pushtun, but also comprised of the Jaboon and Yusafzai tribes who meter out laws according to a centuries-old tradition known as Pashtunwali.

Here, the laws of the central government in Islamabad have little if any governance. According to R.C. Jiloha and Bhim Sain, authors of From Drug to Dragon, “By 1984, European police concluded that 70 percent of the world’s supply of high-grade heroin,” comes from Pakistan.

Even if the tribal leaders exerted efforts to curtail the flow of heroin production in the province, the traffickers, located in the town of Gandaf at the base of the mountain, would apply enough pressure and intimidation to local tribal ruling bodies to make certain the heroin would flow unimpeded.

Mountainous terrain is ideal for growing opium poppies, which does not require the same rich soil needed for other forms of agriculture, and the lucrativeness of poppy harvests far surpass crops like wheat. The same holds true for the hilly topography of Mizoram Mountain, located in Northeast India and bordering Myanmar, which has allowed this area to become another key source of poppy cultivation outside the so-called Golden Crescent.

And like the tribal regions in Pakistan, the Indian government has little ability to provide adequate enforcement and seizure measures in this area. Most of the drug enforcement and seizures come by way of Christian-based organizations, like Young Mizo Association (YMA), that have been granted this authority by New Delhi.

Yet Christian groups like the YMA, which have their own seizure and enforcement wings, are severely outnumbered, underfunded and are themselves hampered by internal corruption.

Mizoram also became a prime location for smugglers, since Myanmar is the world’s second largest producers of opium. To the average onlooker, Mizoram’s landscape is picturesque.

It is teeming with wide, glistening rivers like the Tlawg, the Sonai, and the Serlui along the area’s lush green hillsides which are speckled with multi-colored fauna. Yet the beauty of the landscape masks a darker secret.

The topography of Mizoram makes for difficult monitoring, creating a wealth of opportunities for drug traffickers to ply their trade. Here, smugglers can operate covertly and often with impunity.

This is also why India has become the world’s biggest supplier of tramadol, which is less potent than fentanyl and used as an ingredient in many pain killer medications

The same can be said for the Indo-Pakistani border region, which stretches roughly 33 kilometers and is edged with dangerous and rugged terrain that in many places is only traveled by foot or with use of pack animals. In this border region, traffickers hide their cargo in pipes that are lobbed over the border.

In water-lined areas, drugs are packed in inflatable tubes and pushed across the water shrouded within marine foliage. In segments of this border region that are passable by vehicle, drugs are smuggled inside of trucks among legitimate cargo. Another common practice of more organized smuggling rings is to lure unsuspecting Pakistanis  who are seeking job opportunities into becoming unwitting or forced drug mules.

No matter the method employed to get the contraband into India, the heroin or opium is then channeled to large ports like Jawaharlal Nebru, part of the International North South Trade Corridor (INSTC), and camouflaged within shipping containers bound for other transoceanic ports in East Africa, namely Mombasa. The port in Mombasa has become infamous for mismanagement and corruption.

Allegations of both have led to massive upheavals in the staff that operate the port, which includes individuals in high administrative positions. While every major port of entry in the world can and will likely be targeted by drug smugglers, fewer ports have faced the levels of controversy and have been subjected to as much public scrutiny as the port in Mombasa.

In September 2019, a whistleblower cited malpractice within the Kenya Ports Authority and noted, “the port is a hotbed of corruption.” The whistleblower became the key witness in an investigation led by the Director of Criminal Investigations, George Kinoti, to uncover scores of allegations that included stealing cargo and tampering with computerized customs systems.

There were further accusations that suspected port officials aided in the procurement of goods not properly subjected to customs procedures. These allegations exposed serious flaws and lapses in port security, including the monitoring of its own officials.

The Kenyan government charged 10 men and 3 women with a slew crimes ranging from stealing containers to aiding in tax evasion. The port’s Managing Director Daniel Manduku and other senior officials came under fire for mismanagement and gross negligence.

Shortly after, in November 2019, Manduku and five senior officials were dismissed. Yet allegations like these had been hovering around the port’s operations for years.

Neighboring countries have lodged scores of complaints of corruption and slow processed cargo. Combinations of corruption and mismanagement are exactly the types of characteristics traffickers will look for when seeking ports to exploit and new smuggling routes to establish.

They will seek out individuals that will both benefit and succumb to bribery and extortion to assist them in moving the contraband to shipping containers loaded with trade goods bound for further ports. Corruption among port employees only make the enforcement of drug trafficking more difficult to curtail.

Because of this, Mombasa has been cited as a growing thoroughfare for heroin smuggling by international drug enforcement agencies based on a number of factors used to track trade routes. Heroin trade routes can be mapped according to the type and grade of the heroin produced in conjunction with where that particular product winds up.

Over the decades, heroin that show chemical make-ups characteristic of the forms produced in the Golden Crescent (Iran, Pakistan, and Afghanistan), have established a number of routes, often known as “narcotic superhighways.” One of the more prominent highways has been labeled the Balkan Route, which stretches from Afghanistan, through Iran and Turkey, to destinations in Southern and Western Europe.

But as heroin use continues to skyrocket in Kenya and elsewhere in East Africa, it is becoming clear that more and more heroin is beginning to flow towards the coastal markets of Africa. This is aided by the relatively cheaper price of heroin on the African continent as opposed to the price in many European countries and the United States.

Some have estimated that heroin abuse will triple on the continent by mid-century. In the past eight years, injected heroin use has increased upwards of 50% in Kenya and is expected to rise even further in decades to come.