Snap wants to cater its application for an urban snapchat users audience who listen to hip-hop and R&B, according to Forbes.

Snap, the parent company of Snapchat, is prioritizing its efforts to reach African-Americans.

Well, at least whoever in the confines of being urban. 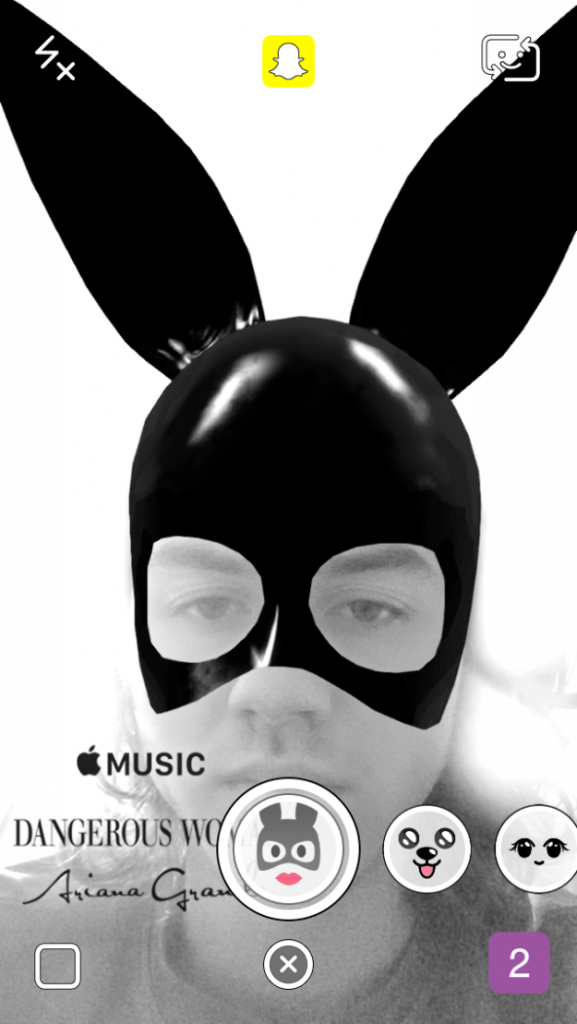 Hip-hop and R&B are two of the most consumed music genres, which happens to be a predominately black industry.

According to the Wall Street Journal, Snapchat allows users to post licensed music thanks to a partnership with music conglomerates.

However, Snap has done deals with individual artists before. In the case for Ariana Grande, Snap promoted her “Sweetener” in Lens, argument reality. The Lens featured is a pastel tie-dye face masks and came included with a sample of her song “Breathin’.”

Why is Snapchat doing this?

The music industry and social media depend on each other in a business reliant on trends.

From a meme to a hit song, Old Town Road proves social media apps and urbanization go hand in hand.

Instagram’s similar features, bad redesign, and Rihanna and Kylie Jenner quitting the app are a few reasons for Snapchat’s decline.

Licensing music from labels is Snapchat’s best chance to regain its trust from the online community.

Snap currently gets 190 million daily users within the first quarter of 2019, according to Statista.

Snapchat’s decline dates back from the first quarter of 2018, which is exactly the redesign was implemented. However, the company is slightly doing better in recent months.

One reason for Snap is focusing on urban music is to capture a young black audience.

Ninety percent of black teenagers are inseparable from technology, according to The Associated Press-NORC Center for Public Affairs Research survey. Black teens are also the most active on social media.

Urbanization seems to be Snap’s pathway for success in the boardroom as well.

Snapchat hired a black woman as an office manager

The IT industry represents consists of less than 5 percent of a black tech workforce. This puts Snap in a unique and critical advantage as the company has something most tech firms don’t have.

She was head of diversity and inclusion at the U.K.’s Channel 4 for seven years.

King is the second black woman to be elected to the British Parliament. She was an adviser to Prime Minister Gordon Brown on issues of equality, diversity and faith.

In the past, Snapchat’s “yellowface” and “blackface” filters have plagued the company as insensitive towards minorities.

While the racial problems in Snap headquarters might still exist, at least there’s a black woman who can stop it.