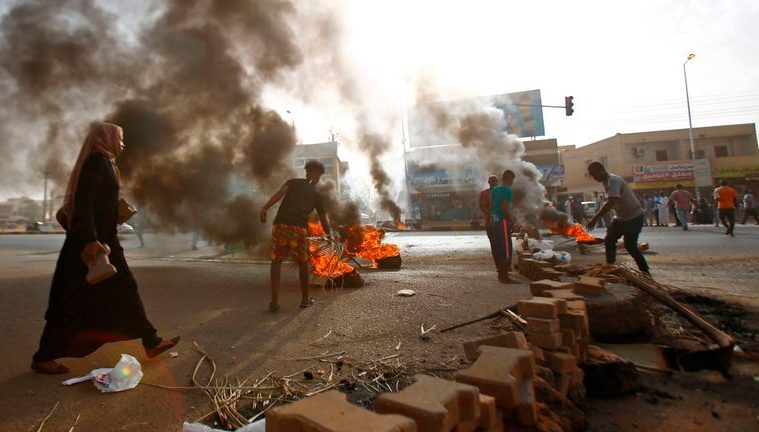 Unicef has reported that at 19 children have been killed, others sexually abused and injured since the civilian Sudan protests began in the capital state this month.

Henrietta Fore, Unicef’s executive director, released a statement Tuesday expressing that she was “gravely concerned” over the impact the conflict was having on the most vulnerable. She said that 19 children had been killed and 49 injured since June 3 and sexually violated.

I am gravely concerned at the impact of the continuing violence and unrest in Sudan on children and young people, especially the reported use of excessive force against peaceful protestors. #ChildrenUnderAttack https://t.co/0tUM1XdigV

“We have received information that children are being detained, recruited to join the fighting and sexually abused. Schools, hospitals and health centres have been targeted, looted and destroyed. Health workers have been attacked simply for doing their job,” she wrote.

“Many parents are too scared to let their children leave the house, fearful of violence, harassment and lawlessness.”

Fore added that water,  food and medicine are in short supply which is also endangering the lives of children. She pleaded for those on the ground to put their welfare first.

“UNICEF appeals to all those involved to protect children at all times and to keep them out of harm’s way. Any attack on children, schools or hospitals is a grave violation of children’s rights,” the statement continued.

“UNICEF calls on the authorities to allow humanitarian organizations to respond to those in need, including through access to hospitals that have been off-limits or closed.”

This is what’s happening in Sudan. Please share #PrayforSudan pic.twitter.com/QqeHpRd8WQ

There is currently a blackout in Sudan.

No western media has reported on the massacre. Copy/paste this tweet or RT to spread awareness and stop it being suppressed. #SudanMassacre

The Sudan protests sprung in response to the overthrow of President Omar al-Bashir who ruled for nearly 30 year in April after months of protests. It had been decided that Sudan would transition into a more democratic election process but military forces who have refused to resign.

Doctors believed that paramilitaries carried out more than 70 rapes during a sit in protest in Khartoum last Monday. The internet has been shut down to prevent information from being shared.

Amnesty International secretary general Kumi Naidoo described the unfolding events as “barbaric” and that a resolution was needed.

“The senseless killing of protesters must be stopped immediately, and those responsible for the bloodbath, including at command level, must be held fully accountable for their dreadful actions,” Naidoo said.

If there weren't strong enough arguments for ending the violence in #Sudan, the killing of 19 children in the last 9 days should make all those responsible for the ongoing violence think long and hard about their actions. We need a political agreement and an end to violence now. https://t.co/kAEGCDOYMo