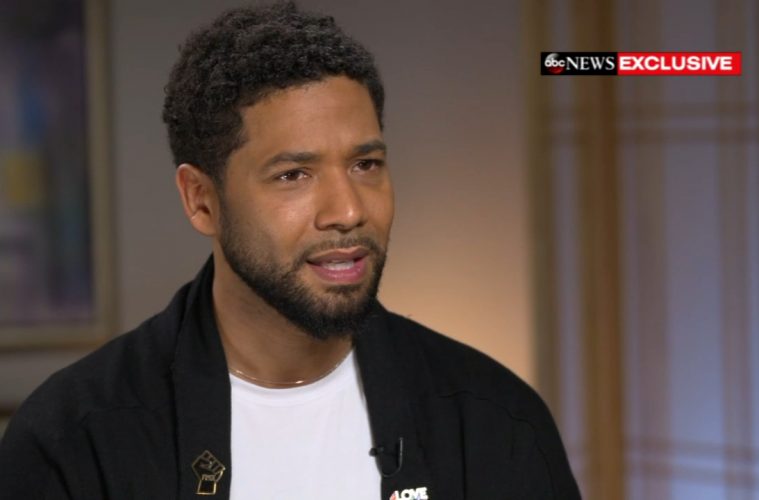 Chicago police raided the home of two “persons of interest” on Thursday evening in the alleged racist and homophobic attack against “Empire” actor Jussie Smollett.

According to the family of the suspected parties, police described the men as Black and of Nigerian and appeared as extras on the show. Police took bleach, shoes electronics and more. Family members said that the two men left for Nigeria the day after the attack and just returned.

Accounts of the attack being staged was disputed.

Smollett said he was attacked on Jan. 29 after leaving Subway at 2 a.m. by two men wearing red hats. They beat him, put a noose around his neck and poured bleach on him. Smollett was briefly hospitalized for his injuries. He opened up to Robin Roberts during a Good Morning America appearance Thursday. Smollett was upset by those who doubted his credibility.

“If I had said it was a Muslim or a Mexican or someone black, I feel like the doubters would have supported me a lot more,” the 36-year-old actor said.

“I didn’t need to add anything like that,” Smollett said about the hats. “They called me a f*ggot. They called me a n*gger. There’s no which way you cut it, I don’t need some MAGA hat as the cherry on a racist sundae.”

Smollett also defended why he did not want to turn his telephone over to authories. He explained there were private photos and contacts of loved ones he did not want leaking. Furthermore, fear was why he was hesitant to come forward to behgin with.

“There’s a level of pride there. We live in a society where as a gay man you’re somehow considered to be weak, and I’m not weak, and we as a people are not weak,” he said.