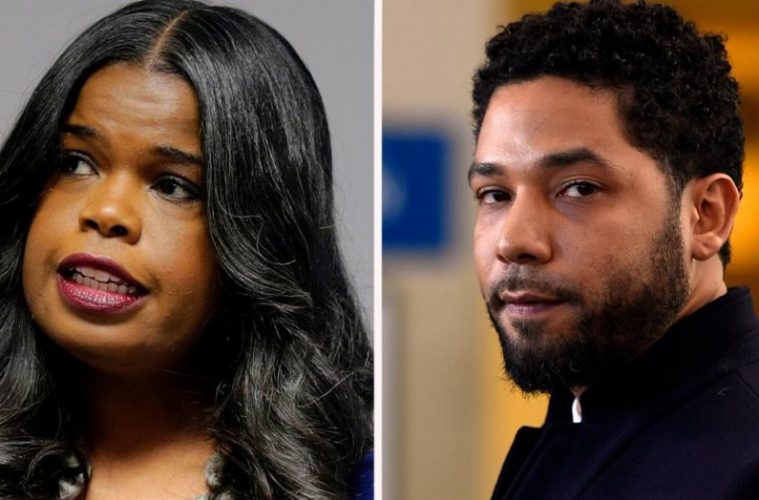 The Chicago Sun Times reported Monday that Foxx has been targeted with threats against her life and safety. They come a month after her office in dropped charges against Smollett. In January, the actor said he was the victim of a racist and homophobic attack. However, police later stated in a February press conference that Smollett paid brothers Ola and Abel Osundairo to stage the attack.

Smollett was arrested and charged with the 16 counts for allegedly filing a false police report. On March 26, the state’s attorney’s office dropped the charges after he forfeited his $10,000 bail and performed community service at Jesse Jackson’s Rainbow PUSH Coalition. Smollett has continued to maintain his innocence even as the city is now suing him in civil court to recover more than $130,000 spent investigating the case.

Jennifer Ballard Croft, Foxx’s chief of staff, confirmed that these threats came in the form of emails and threats due to the decision to dismiss the case. Ballard did not provide any other information to the publication. The Investigations Bureau and Executive Protection Unit have been alerted to the threats.

“The State’s Attorney’s Office can confirm that the state’s attorney has received threats to her personal safety and security, a number of which have contained racially-charged language,” Ballard Croft told the Sun-Times.

Croft  added that Foxx’s office had received a large quantity of feedback in regards to the dismissal of the case. Some were very vocal and passionate but others crossed the line. Ballard said that the commentary and that “there have certainly been things that have been threatening in nature that have been forwarded up to our investigation bureau.”

The Sun Times reviewed an email that was sent to Foxx. The contents included racist language in which the sender expressed anger at African Americans.

“African Americans need to TAKE RESPONSIBILITY for their own DAMN DECISIONS & STOP TRYING TO PLAY THE RACE CARD on every damn situation that arises,” the email reads. “LET ME BE CLEAR: I have no pity for African American’s [sic] WHO MAKE S— UP TO PUSH SOCIAL JUSTICE.”

Croft said that “white supremacists” have sent similar letters in which they have explicitly threatened Foxx’s life.

“From what I know is they’ve also been racially charged with similar context,” she said.

Croft said these threats also forced Foxx to change her Easter plans. She also pushed back against claims that Foxx was using her race as a Black woman to shield herself from criticism.

“At some point we have to ask, how is she playing a race card if there are threats on her life and white supremacists at rallies against her?” she said