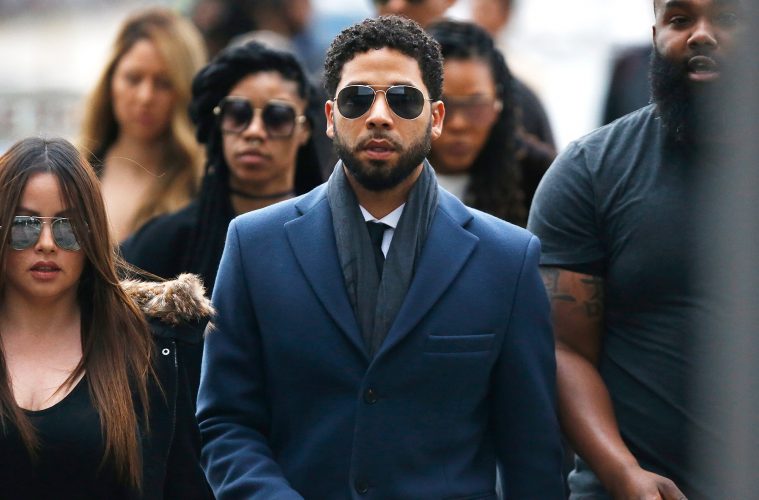 Prosecutors in Chicago dropped all charges against “Empire” actor Jussie Smollett two weeks after he pleaded not guilty to 16 counts of disorderly conduct for allegedly lying to police about being the victim of a hate crime.

“After reviewing all of the facts and circumstances of the case, including Mr. Smollett’s volunteer service in the community and agreement to forfeit his bond to the City of Chicago, we believe this outcome is a just disposition and appropriate resolution to this case,” she said.

A judge will also seal the case. Smollett’s lawyers, Tina Glandian and Patricia Brown Holmes, released a statement confirming that all charges had been dropped and that their client’s record would be exonerated.

“Today, all criminal charges against Jussie Smollett were dropped and his record has been wiped clean of the filing of this tragic complaint against him,” the defense attorneys said in a statement. “Jussie was attacked by two people he was unable to identify on January 29th. He was a victim who was vilified and made to appear as a perpetrator as a result of false and inappropriate remarks made to the public causing an inappropriate rush to judgement.”

“Jussie and many others were hurt by these unfair and unwarranted actions. This entire situation is a reminder that there should never be an attempt to prove a case in the court of public opinion. That is wrong. It is a reminder that a victim, in this case Jussie, deserves dignity and respect. Dismissal of charges against the victim in this case was the only just result.”

The lawyers added that Smollett was relieved to put this episode behind him. He was focused on getting back to his life and career. His family also issued a statement in support of him. They stated he had been unjustly smeared.

“Jussie is a son, a brother, a partner, a champion for human rights, and a genuine soul who would never be capable of what he was falsely accused of. He was the victim of an assault and then falsely blamed for his own attack. This morning truth has prevailed and he has been vindicated. All charges have been dismissed and his record expunged (cleared).”

The Chicago police department and Smollett were expected to speak later today about this development in this case. It began when Smollett alleged he’d been brutally by two men in Chicago Jan. 29 who shouted “This is MAGA country”. Brothers Olabinjo and Abimbola Osundairo were brought in for questioning and claimed that the 36-year-old actor paid them to perpetuate a hoax.

Smollett addressed the media and said he was grateful for his family and friends for their support. He was looking forward to going back to work.

The Chicago Police Department and Mayor Rahm Emanuel forcefully denounced the actor. the mayor called the charges being dropped a “whitewash of justice”.