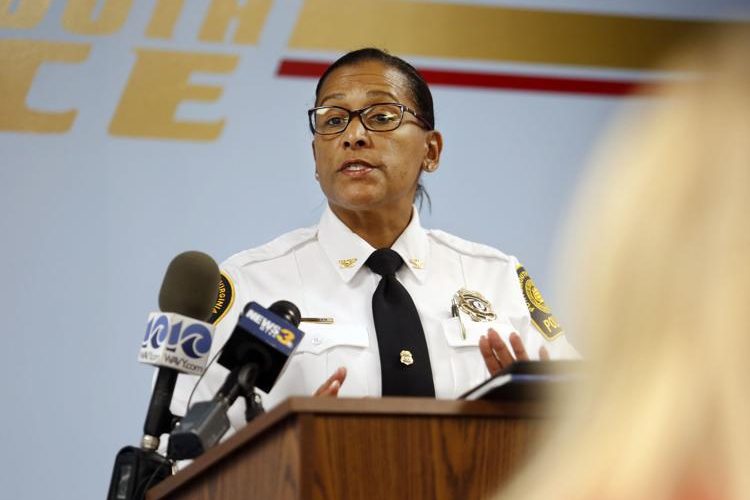 Former Portsmouth Police Chief Tonya Chapman, the first black woman to lead a city police department in the state of Virginia, has claimed she was forced out of her position due to racism and discrimination.

Chapman released a four-page statement Monday in which she detailed that she’d been aware of friction in the department before she took the helm in 2016. However, Chapman said these issues became “blatantly apparent” after the 2016 voluntary manslaughter conviction of Stephen Rankin in the shooting death of 18-year-old William Chapman II. Rankin, now a former police officer, is white. Chapman II, no relation to the chief, was black.

“Having been a member of two other law enforcement agencies, I have never witnessed the degree of bias and acts of systemic racism, discriminatory practices and abuse of authority in all of my almost 30 year career in law enforcement and public safety,” Chapman wrote.

Chapman also stated that she City Manager Lydia Pettis Patton on March 18, who proceed to read from a “scripted document” about how confidence in Chapman had been lost. The city manager asked for her resignation and wouldn’t answer any of her questions. Chapman was also told she’d be fired if a resignation was not forthcoming.

“As with any organization, there were officers in the department that did not like my style of leadership and did not want me to hold them accountable for their actions,” Chapman wrote. “Some quite frankly did not like taking direction from an African American female. Further, I would contend that there were some politically connected individuals that never had confidence in me in the first place.”

Pettis Patton denied the accusations but Councilwoman Lisa Lucas-Burke said she wanted to know the circumstances surrounding Chapman’s departure. She said that Pettis was now perceived as doing the dirty work of others.

“I don’t know which way to look, and it makes me nervous because I’m probably dealing with some of these same people. … I’ve had an upset stomach for the past week trying to digest all of this and not having any answers. People are calling me and saying, ‘What the hell is going on?’ I don’t know what to tell them,” she said.

Chapman’s letter also said she was supported in her decision to change the culture of the police department she served. She offered to specifically outline “inflammatory” incidents to proper government officials. Chapman also sought not to paint every officer with a broad brush.

“The good news is that I can assure you that this was a small contingency of the police department as most of its members are passionate about their job as law enforcement officers and treat our citizens with respect and dignity while upholding their constitutional rights,” she wrote.