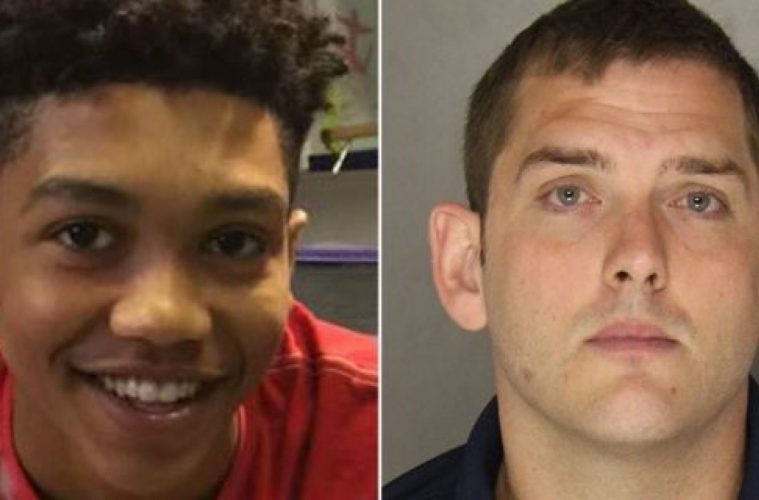 A jury acquitted a white former police officer in the fatal shooting of an unarmed black teenager, Antwon Rose II, after less than four hours of deliberation Friday.

Michael Rosfeld was charged with homicide for killing Rose II last June. The 17-year-old Black teenager had been in an unlicensed taxi that had been involved in a drive-by shooting. Rosfeld pulled the car over and shot Rose the back, arm and side of the face as he ran away. The deadly confrontation was caught on tape which the jury, comprised of even men and five women — including three black jurors, reviewed.

The trial focused on whether Rosfeld was justified in using deadly force. He had only been sworn into duty only hours before the tragic death. Rosfeld insisted he feared for his life.

“It happened very quickly,” Rosfeld told the jury. “My intent was to end the threat that was made against me.”

The prosecution pushed back against that notion.

On the fourth day of the trial, the jury returned with a verdict that Rosfeld did not act with any malice. Supporters of Rose gathered outside the the Allegheny County Courthouse after hearing the not guilty verdict on all charges.

The family’s attorney, S. Lee Merritt, had wanted a murder conviction and insisted the teenager had not posed a threat. He added that Rose’s mother, Michelle Kenney, was “upset about the state of the law. But she didn’t really expect a different verdict,” given other high-profile cases in recent years in which police officers have not been held accountable in the shooting deaths of unarmed African Americans.

Defense lawyer Patrick Thomassey insisted that is client was a good man.

“He said to me many times, ‘Patrick, this has nothing to do with the kid’s color. I was doing what I was trained to do,’” Thomassey said.

Thomassey also calmed for calm as protests erupted following Rose’s death. Students marched across the city Monday to demonstrate their frustration with the verdict. They felt Rosfeld was another officer who had gotten away with murder.

“I think that today is more about the fight for justice, it’s a demand for change because this can’t just keep happening,” Hailey Shevitz, a 15-year-old freshman at Pittsburgh CAPA 6-12 who got permission from her parents to attend the rally, said.