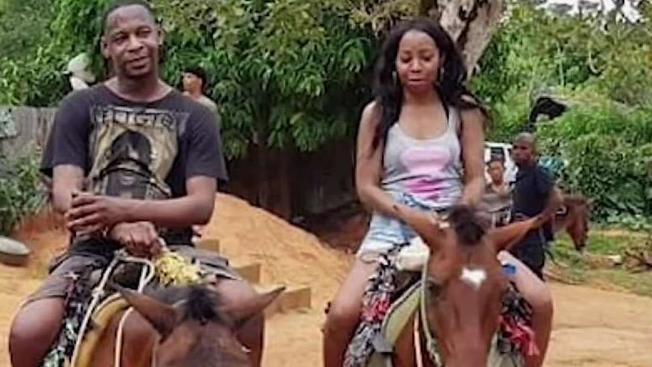 A New York couple has been missing for more than two weeks since visiting the Dominican Republic.

NBC reported that Orlando Moore and his girlfriend, Portia Ravenelle, flew out of Newark Liberty International Airport on March 23 for a trip to the Dominican Republic. They were supposed to return home to Mount Vernon on March 27. 13 days later, the couple has not made it back home. They also have not been seen or heard from since. There’s been no communication of any kind and their car is still parked at the airport. The last known picture of the two is of a picture posted to social media which showed them rising horses.

Lashay Turner, Moore’s sister, contacted the U.S. Embassy in the Dominican Republic and filed a police report. Police determined that the couple checked out of their hotel in Samana, a resort town about 2.5 hours from the capital of Santo Domingo but their whereabouts are unaccounted for.

“When a U.S. citizen is missing, we work closely with local authorities as they carry out their search efforts and share information with families however we can,” a U.S. Department of State official said in a statement.

“The welfare and safety of U.S. citizens abroad is one of the highest priorities of the Department of State. We stand ready to provide appropriate assistance to U.S. citizens in need and to their families.”

Turner said the couple rented a car in the Dominican Republic to get around but it has since gone missing.

“We’ve been calling DR and they said they didn’t make their flight,” Turner said. “We also spoke to someone in U.S. Customs and they said my brother did not make his flight back here.”

Turner said that brother is a father and that it was not in his nature to simply leave without telling anyone. She insisted that Moore would not just run off and leave his life behind.

“I’m scared. I don’t know what’s going on,” she said. “I’m saddened, my family is saddened by this and we just want me brother to return safe and alive.”

Authorities are not speculating as to what may have happened to Moore and Ravenelle but his family feared the worst.

“When these things happen, you always think of the worst, but we are hoping for the best,” Edith Walters, Moore’s grandmother, said. 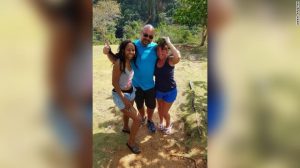 Cheryl Freeman and her boyfriend Carter Warrington, visited Samana from Nova Scotia. Cheryl gave me a detailed account of the day they spent together in the last hours before Orlando Freeman and Portia Ravenelle disappeared.
She explained their two days together and shared the attached photos of them at a waterfall in El Limon Tuesday, March 26. The couples met at the all-inclusive resort Grand Bahia Principe Cayacoa where they were both staying.

Cheryl Freeman told CNN that she and her boyfriend, Carter Warrington, met the couple on March 26 at a waterfall while also visiting the Dominican Republic and may have been one of the last people to see them. She described them as friendly and hoped to keep in touch after they all returned to the United States. Freeman also said that Ravenelle was on her phone talking to the rental company about what time they would return the car. Ravenelle was reportedly warned about not stop and open their windows for anyone because locals often mugged tourists.

Freeman added that Ravenelle appeared nervous about returning the car and traveling to the airport. As a tourist, she also had the same fears.

Locals “harassed you constantly and there were always people trying to get you to follow them and do stuff,” she said. “I would not recommend it.”

Freeman said the last time she saw the couple, they going upstairs to their hotel room to check out.