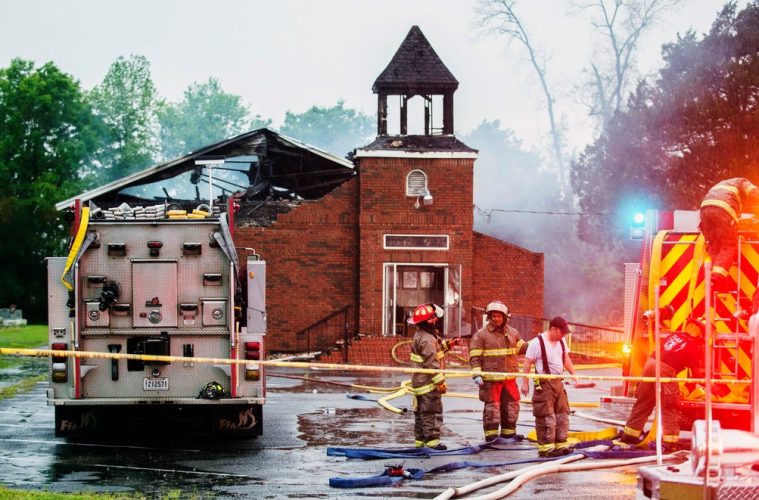 The FBI is investigating three suspicious fires at Black churches that were burned over the course of 10 days in one Louisiana parish.

The New York Times reported that the Federal Bureau of Investigation launched an investigation into three predominately Black churches in one south Louisiana parish burning to the ground. The bureau determined that “suspicious elements” were found in each case. Arson is being considered as a possibility.

“There is clearly something happening in this community,” State Fire Marshal H. Browning said in a statement April 5. “That is why it is imperative that the citizens of this community be part of our effort to figure out what it is.”

The three fires occurred on March 26, April 2 and April 4 in St. Landry Parish, north of Lafayette. A fourth fire was “intentionally set,” according to officials. That blaze, described as small, was reported on Sunday at a predominantly white church in Caddo Parish.

Investigators, both local and at the federal level, are working to determine if racism is a factor.

“There certainly is a commonality, and whether that leads to a person or persons or groups, we just don’t know,” Browning said.

The Rev. Gerald Toussaint, the pastor at Mount Pleasant Baptist Church in Opelousas, La., said his wife called him to alert him of the fire. He arrived at his church Thursday morning to find that it had destroyed. The sanctuary was founded in the 19th century and has undergone remodeling in the last two years. All that is left is a brick wall and corridor in the front.

“I’m trying to find out who did it, why they did it, did it have anything to do with me,” Toussaint said.  “I don’t know none of this.”

Sheriff Bobby Guidroz of St. Landry Parish said at a news conference that law enforcement officials would do “whatever it takes” to protect churches and churchgoers.

“We’re doing everything we can, collectively, to solve this crime,” he said.