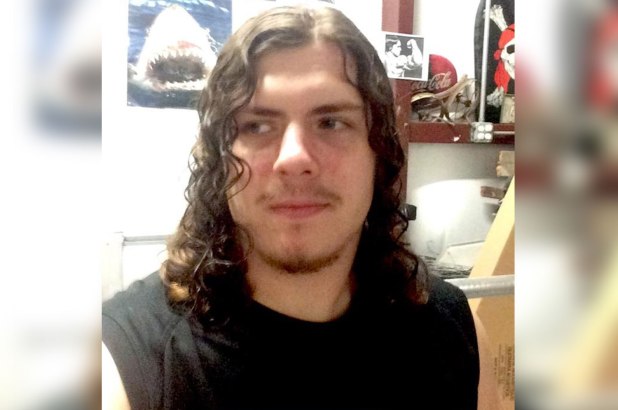 The son of a Louisiana sheriff deputy, Holden Matthews, has been taken into custody in connection with fires at three historically black Louisiana churches in 10 days.

CBS News reported that police arrested Matthews who is the 21-year-old son of a sheriff’s deputy on Wednesday evening.  Deputy Roy Matthews turned him into authorities.

This is Holden Matthews, the suspected domestic terrorist responsible for setting fires to three historically-black churches in Louisiana. He is the son of a deputy. https://t.co/5yqURLjdCy pic.twitter.com/E43hWs11Qd

The social media belonging to the suspected arsonists depicted him as having an interest in black metal music and is the lead singer for a band called Vodka Vultures. A motive has not yet been determined for fires which began on March 26 at St. Mary Baptist Church in Port Barre followed by Greater Union Baptist on April 2 and Mount Pleasant Baptist Church on April 4.

NAACP President and CEO Derrick Johnson said that the fires were set to intimidate the African American community.

“For decades, African-American churches have served as the epicenter of survival and a symbol of hope for many in the African-American community,” Johnson said. “As a consequence, these houses of faith have historically been the targets of violence.”

The NAACP considered the fires to be motivated and should be labeled “domestic terrorism.”

“We must not turn a blind eye to any incident where people are targeted because of the color of their skin or their faith,” the group said in a statement Monday. “The spike in church burnings in Southern states is a reflection of the emboldened racial rhetoric and tension spreading across the country. But this is nothing new.”

The FBI and federal Bureau of Alcohol, Tobacco, Firearms and Explosives have been assisting in the investigations. A news conference will be held on Thursday morning to update the public on the developments. Louisiana Gov. John Bel Edwards will be present. Bel Edwards condemned the fires at his State of the State address Monday.