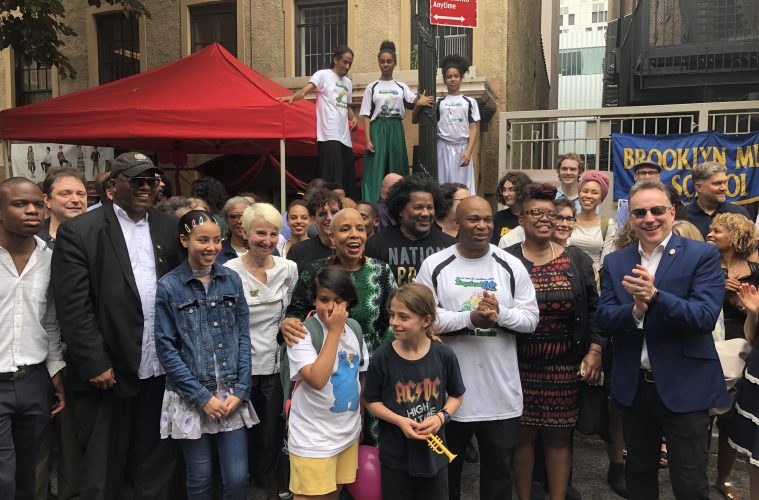 Laurie Cumbo and school leaders from cultural organizations across Brooklyn consider themselves “winners,” celebrating outside the Brooklyn Music School.

The Brooklyn Music School has been independently stable for more than 100 years. However, the much-needed budget will give students more financial support than ever before.

Cumbo isn’t exactly sure how much money she saved in the budget. However, her team told Nu Origins it’s estimated to be more than $400 million.

Cumbo Supports The Arts. Arts Is Everything.

“This is truly a budget we can all be proud of,” Cumbo said. “This year, we secured the largest investment on our part. We secured $400 million in the budget.”

Ironically, a bulk of the $400 million investment isn’t art-related. However, in Cumbo’s opinion, everything is art-related.

Cumbo believes New York City’s foundation is its cultural arts. Her logical conclusion to better New York, she must support the arts.

The investment she secured will provide 285 new guidance counselors in Brooklyn. There will be an extension of the Dept. of Cultural Affairs, $32 million is in the budget to be exact. She also hopes the provide funding to make libraries open 24/7.

The conference was more like a block party as live music rocked the street. The Brooklyn Music School student played and sang songs. Dancers on stilts walked over people with grace to a Jamaica pan drum beat. 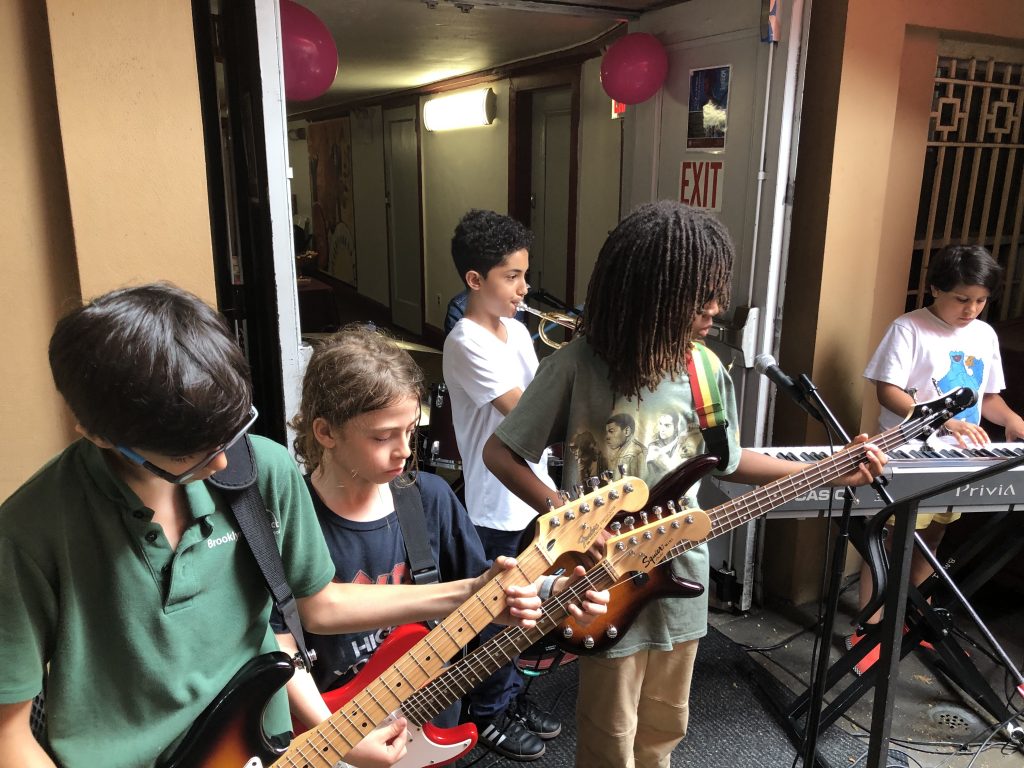 John Peters, a young drummer for Tropical Fete Inc., was playing at the celebration. Although he goes to a different school, the funding from the budget will no doubt help his artistic dreams.

Tropical Fete Inc. is a community-based arts program that provides social services through its Caribbean culture.

Peters has been a drummer for only three years, but he plays like a professional.

When Cumbo and company said they felt like winners, they spared no expense gloating this financial win.

Piruz Partow, Executive Director at Brooklyn Music School, was thankful for the investment. Prior to the investment, there was no government financial support for the school.

New York Depends On The Arts

With all of the needs of New York City, naysayers attack the idea of supporting the arts. Cumbo’s response to the pessimists is that art is the “economic engine” of New York.

Without the arts, fewer people would come to New York City. If New York had fewer visitors, its landmark traits, businesses, and attractions might’ve not existed.