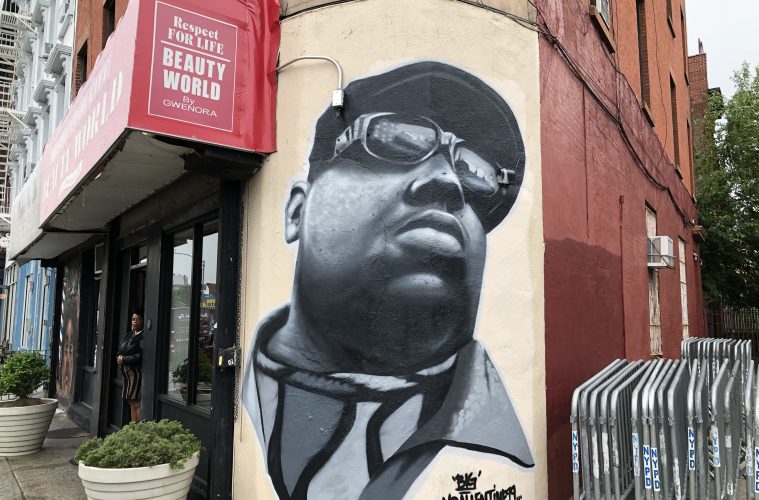 Biggie Smalls is a hip-hop icon, and his legacy will be immortalized as an official street.

The street name is made possible thanks to The Christopher Wallace Memorial Foundation.

More than 20 years in the making. Above all, his acknowledgment is officially put in legislation.

The foundation is a family organization honoring Notorious B.I.G., one of the most influential rappers ever in history.

All credit goes to the Councilwoman Laurie Combo (D-Crown Heights) and Councilman Robert Cornegy (D-Bed-Stuy) for this accomplishment. 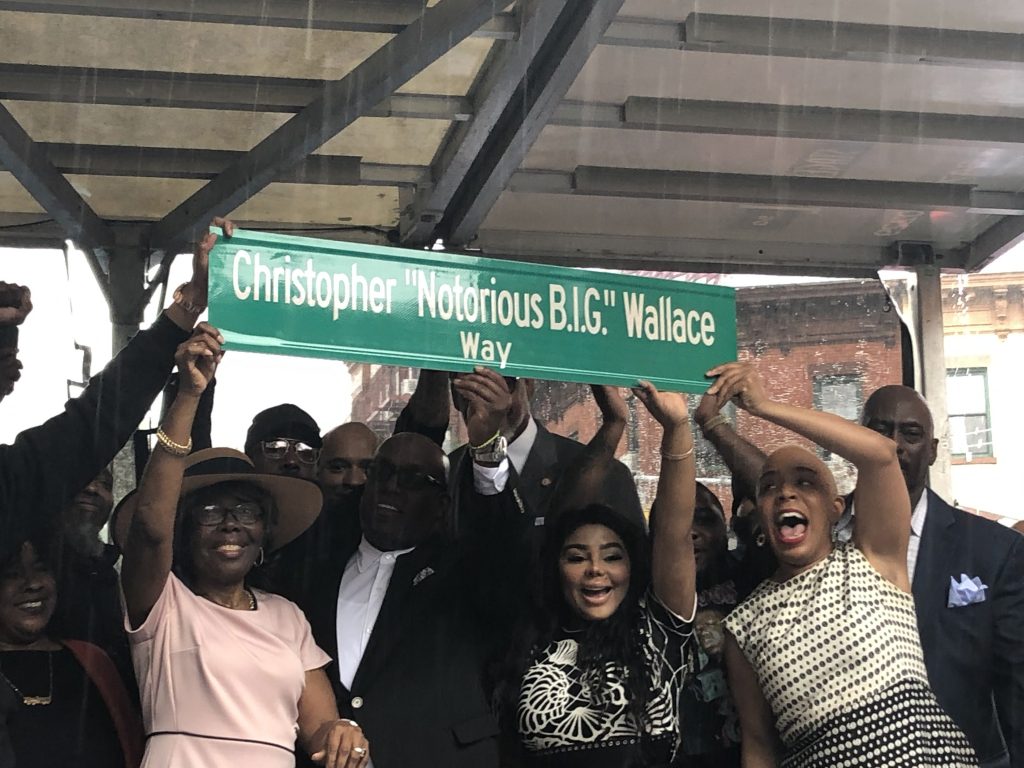 “The story of Biggie Smalls has inspired so many great leaders,” Cumbo said.

“You know who you are. Don’t let them hold you down. ‘Reach for the stars,’” she said.

“Reach for the stars” is an inspirational lyric from Biggie’s classic Juicy.

They recognize the presence of the Junior M.A.F.I.A. members at the event, such as, Lil’ Kim, and Lil Cease who make the event an achievable one.

Despite heavy rain showering Brooklyn that Monday evening, it symbolized tears of joy from Biggie himself.

A younger generation, those born after 1997, like Lil’ Yachty and Kodak Black, think Biggie is overrated.

The Heavy Hitter DJ remembers being a touring DJ for B.I.G., often hanging out at his house and taking note how much of fan of hip-hop Biggie was.

What these newer rappers are clueless on is how influential Biggie’s style inspire other rappers.

He is also one of the few rappers to discuss mental health issues, a popular topic today.

“The greatest thing Biggie brought to the game was simplicity,” according to the Heavy Hitter DJ.

Biggie’s style consists of having repetitious musical figures, not skipping a beat, one rhyme every three bars, and consistent themes.

“Where you are is not who you are,” Adams said. “I was arrested as a child only to come back as a police officer in the community that I love.”

“As long as you believe in yourself and continue to ‘reach for the stars,’” Adams said.

Much of the celebration sheds light on two major issues in Brooklyn: protecting young black men similar to Biggie and remembering Brooklyn for its hip-hop roots. 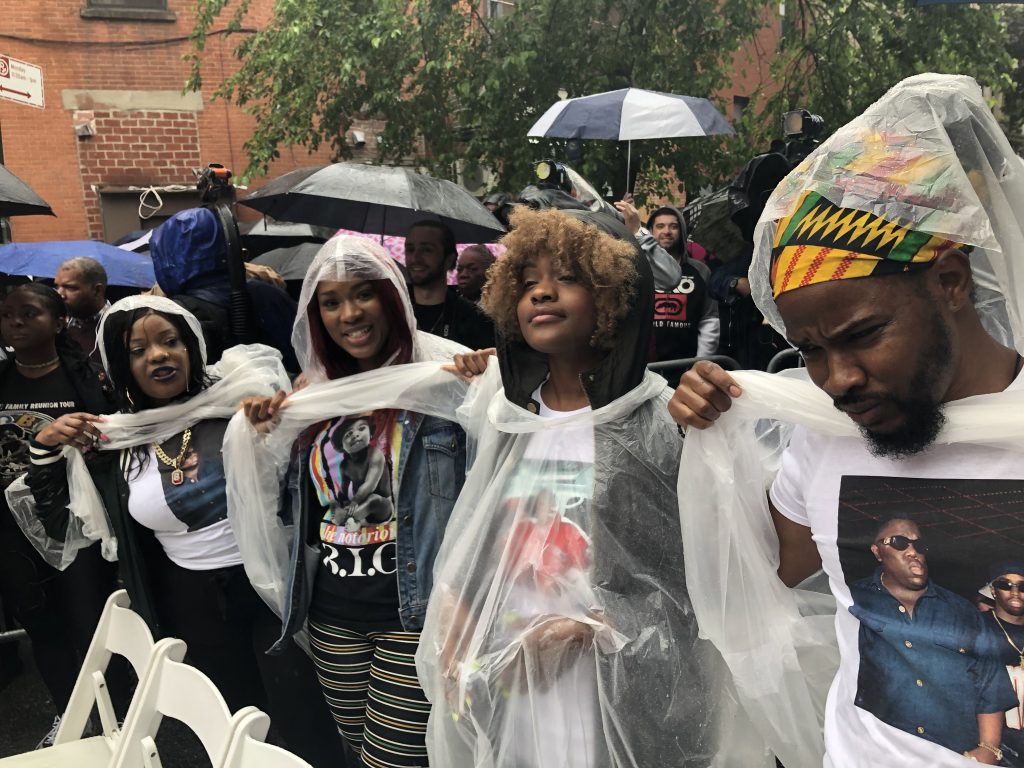 Wallace’s history tells a story of a struggling teenaged father in and out of jail.

Of course, his rap career is what turned his life around.

“There’s so many Biggie Smalls that are in every black neighborhood and street in this borough, and we need to allow them to nourish and prosper,” Adams said.

Biggie is inspiring the Brooklyn Nets, an NBA team after adopting the Coogi design made it into the playoffs.

Cumbo and Lil’ Kim both mentioned the importance of preserving Biggie’s Brooklyn legacy, and especially when the borough has been experiencing gentrification.

“This is Brooklyn,” Lil’ Kim furthermore explain, “This block belongs to Biggie. [Some white people] have been trying to erase the legacy, the history.”

Life After Death in 1997 is his second and last album alive, and which was released two weeks after his death.

The album is one of the very few hip-hop albums to be Diamond-certified.