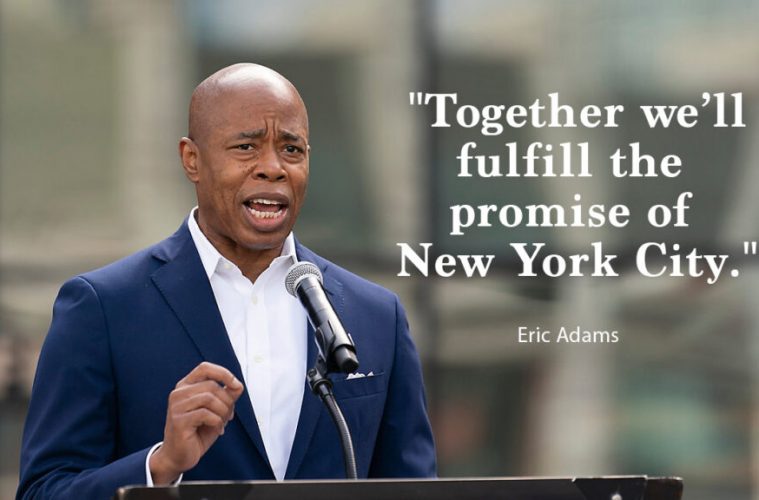 New York elects Eric Adams, a Black man, a son of Brownsville, a retired NYPD captain, as the new Mayor of New York City. The son of a single mother who grew up as one of six children, born in Brownsville and raised by his mother who was a domestic worker. Eric’s family struggled financially. He recounts that growing up they did not always know if they would come home to an eviction notice on the front door or food on the table.

Eric’s humble beginnings are an important part of his story; his victory appears all the more powerful when seen in the light of his humble beginnings. His victory speech was euphoric at times; it was also instructive; his tribute to his sister showed a large dose of humility and gratitude.

Eric’s victory speech  indicates  his focus as the Mayor of New York will be on the poor and those involved in the criminal justice system:

“This campaign was for the person cleaning bathrooms and the dishwasher in the kitchen who feels they are already at the end of their journey. It was for those who feel they were there but forgotten, and for those who make the city operate every day. They may right now be at Rikers Island sitting in a cell or a precinct sitting in the holding cells. I am speaking to them tonight.”

“My mother cleaned houses. I washed dishes. I was beaten by police as I sat in their precinct holding cells, certain that any future was already decided and now I will be the person in charge of that precinct and every other precinct in the city of New York. I’m going to be the mayor of the City of New York.”

Adams ran an impressive campaign that focused on the economic challenges faced by the most vulnerable New Yorkers. His focus on the marginalised and those struggling economically; helped propel him to victory, putting him in a position to tackle some of the most intractable problems New Yorkers face, from police violence to poverty.

The road to Mayoral victory was tough. Adams beat out contenders like Andrew Yang and Kathryn Garcia in the Democratic Primary, followed by Republican Curtis Sliwa in the Mayoral race.

Now he faces his greatest challenge; to succeed, Eric Adams must run New York City with the same zeal and determination that propelled him to victory.