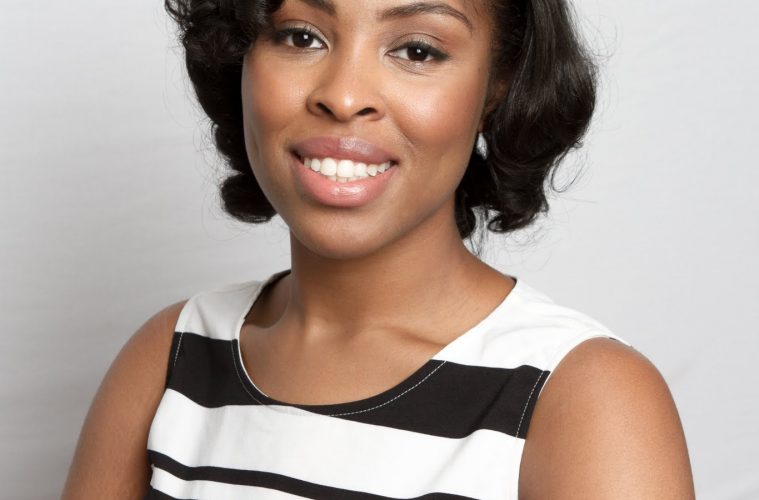 Lauren J. Footman stands in the gap as gun violence shatters so many communities of color; has stayed to offer comfort, strategic solutions to prevent the next tragedy and attention when the media can’t spare time beyond the cliched click baits of “Black on Black crime”. Footman has been recognized for her efforts with such honors as Billy Penn’s Who’s Next in Community Leaders, and Activist Award, for her civic engagement and volunteer work. In 2016, the spotlight shined even brighter on her as she introduced former First Lady and Secretary of State Hillary Rodham Clinton at Temple University.

Footman is most certainly a hero in the eyes of those who rely on her advocacy but even her cape gets tattered having to be a superwoman. Far too many women, in particular, Black ones, take on the task of having to be everything to everybody; to the point where their own humanity is marked down; discounted as only mules who can only do for others but never enough for themselves.

In her own words, Footman will share how coming into her own made it possible to pour into others. The activist also had to forgive herself when there wasn’t enough tender, love, and care. Ultimately, she found way to replenished.

Footman grew up in a predominant community of color in Yeadon, PA and then felt out of place while attending  Bryn Mawr College and wondered if she should have just attended an HBCU. It was a difficult transition for her. After discussing the matter with others, Footman realized it wasn’t just her who felt that way. She decided to take action and charter a National Association for the Advancement of Colored People chapter on the campus. It began her career in advocacy.

“So that gave me my first introduction into grassroots organizing, to setting up protests, setting up meetings, advocating and things of that nature. I then continued that when I got involved with Generation Progress which is the millennial arm for the Center of American Progress based in Washington, DC and we really focused a lot on gun violence prevention.”

Following her graduation, Footman became more immersed in the conversation about gun violence. Her time was spent championing centering inner cities that were often stereotyped or just ignored.

“We started talking about everyday gun violence and how that disproportionately effects community of color. We started talking about that because a lot of the people I was working with across the country did look like me and we recognized that when we go to these larger gun violence prevention conferences, spaces and conversations, it just focused on mass shootings and background checks and not really legislation, policies and programs and resources that address the everyday realities of communities of colors in a lot of our urban centers whether it was Chicago, St. Louis, Philalethia, Baltimore. And so, we started noticing a common theme and a common response.”

Shifting the narrative has been one of her priorities.

“It wasn’t just shifting policy, programs and things of that nature but how do we even provide resources for people to be able to engage in a conversation without being offensive to our most impacted communities and that was a big part of it. It really gave me an opportunity to really see, I think, progress because if I look at the gun violence movement now, it’s not where it needs to be in terms of parity but the conversation has shifted.”

Footman says it is crucial that those who live in these communities and impacted by this violence have a say in these matters.

“Who is represented, who is at the table, how are young people of color talked about in this movement , how are communities of color talked about in this movement and it’s not just sharing their stories and trauma but it’s like when you’re going and setting policy, when you’re going and advocating for resources are your making sure that they’re at the table and their voices are being centered.”

Footman was still involved in the community but by 2014, she had entered the corporate space. She felt that in many ways, she was carrying the load of two jobs. One was a 9 to 5 and the other was a more intense commitment.

“I came to the understanding of where my interest actually were and a part of where I got there is that because I was working in a role that focused a lot on equity and inclusion but I wasn’t necessarily seeing that in my everyday lived experience and it was my job to kind of champion this message within the organization. And so with that being said, it forced me to take assessment.”

Footman left her job. In January, she became the Director of Operations at the National Black and  Brown Gun Violence Prevention Consortium. On her agenda is to change the default stigmas that Black people bring violence upon themselves.

“I think part of it is, number one, being prepared that you’re going to have to have that conversation. And then number two, recognizing that this goes beyond gun violence. It’s that white children are given ability to have a level of innocence and Black and Brown is always unfortunately, a lot of time, common narrative in the canon and just in media are always demonized and always made to be the perpetrator even if they are the victim and I would go to say even the people that perpetuate violence are often the victims of structural equity.

And so, when we take a step back and look at communities that have high levels of violence, there’s often a lot of common factors such as lack of access to quality public education, lack of opportunity or social and economic mobility and just lack of access to social services. So there’s a consistent theme around these communities and these communities have done with having less for so long it just perpetuates a system of violence.”

Footman also declared that it was critical to amplify everyday shootings in the same manner that mass shootings are given a platform.

“When we are putting forth students from Parkland, we need to make sure we are putting students who are from Chicago, Baltimore, Philadelphia who have been doing this work for years and going unnoticed. Part of what when we talk about narrative, when these student activists from out of Parkland, a lot of them had never talked about gun violence before in their lives and a lot of them actually agreed with me that you’ve had these Black and Brown young people doing this work for years, trying to say that my life matters too; like where are the resources to address the gun violence in my community. Like the communities that have PTSD because they hear gunshots everyday.”

Footman felt that too often that the hurt felt by these communities had normalized, stripping the wounded of their humanity.

“Like making sure we’re having a holistic conversation and not just ‘Oh people elected to be violent because often times, I think that’s how its seen in the media. That is just a choice; Black and brown people are barbaric and they just want to be violent.”

Since Footman is exposed to so much pain and suffering, she has made it a point to practice self care.

“One of the things I’m definitely trying to be more cognitive of, is number one, staying spiritually grounded. I am a religious person and so making sure that I’m spiritually fed and even if my schedule is actually not allowing me to actually go to physical church but that I’m staying in the word and taking that time to mediate and connect with God.”

Footman also sees a therapist which is often taboo in the Black community.

“If your heart hurts, it’s nothing wrong to go to a cardiologist. But if you have all this stuff that has been internal, external factors that impact you everyday, when it’s like I go to a therapist and people are like ‘Oh you do?’ ‘Oh what’s wrong with you?’”

Footman declared that one couldn’t pour from an empty cup and also made it a point to take breaks. She didn’t find it necessary to transform into Olivia Pope and handle it all.

“We see all of these characters like Olivia Pope and all of these strong Black women that continue to defy the odds and keep pushing boundaries even when they’re not receiving equal in return.

I feel like we are naturally that strong and we are able to preserve and do great things  but one of the things that someone said to me recently is that we deserve the love that we give so freely and willingly to others. We deserve that in every aspects of our lives as well and that has really struck with me and it’s true.”

Footman felt at her best while in reciprocity and being a light to others.

“I always look at it from the perspective of I never want to be the only one in the room and the only one at the table and so anytime I can create space for other women, particularly other women of color, I’ve always tried to do that.”