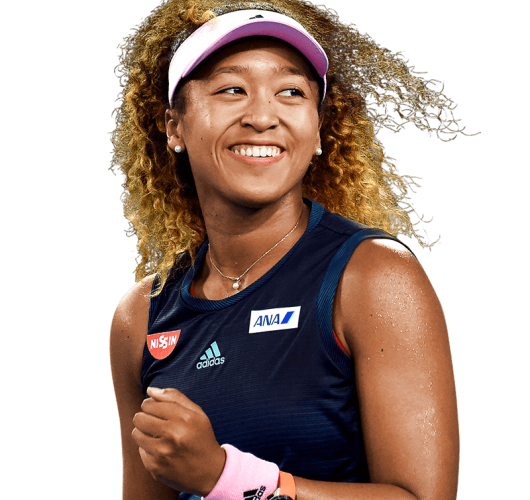 Naomi Osaka is your average 21-year-old, she loves playing video games such as Overwatch and Pokemon. She’s into memes and Spongebob. She has a dog named Panda, is signed to IMG models and has been part of campaigns for famous sports brands like Adidas. On top of that, she is a dedicated champion player taking over the world of tennis. Even though it has been a roller coaster ride for Osaka – she recently lost a match at the Dubai Championship and parted ways with her coach Sascha Bajin – she is a force to be reckoned with.

After making headlines following her wins at the US and Australian Opens, Osaka has made great strides both nationally and internationally. The tennis player is currently number one in the Women’s Tennis Rankings (WTA). On the court, Osaka is a powerful player but off the courts, she is humble quiet, shy, and has a rare sense of humor.

Born to a Haitian father and Japanese mother, she spent her early life in Osaka, Japan before moving to the United States. Osaka and her sister, Mari, learned how to play tennis from their father, Leonard Francois, who modeled his teaching style after Richard Williams, Serena and Venus Williams’ father. Even though Osaka was born in Japan and raised in the United States, her parents decided that she would represent Japan as a tennis player. Osaka considers herself both Japanese and Haitian. After completing primary and middle school, she attended two different Florida tennis academies and the Pro World Tennis academy where she mastered her tennis skills.

Osaka began her tennis career in 2012 when she competed in the International Tennis Federation (ITF) competition in the Amelia Islands with her sister Mari.

Though she lost to Mari in the semifinals, that did not stop her from competing professionally. In 2013, she competed in the WTA in Japan, the Challenge Bell in Quebec and in the Pan Pacific Open in Tokyo where she played on indoor carpet courts and outdoor hard courts. She won her first professional match against US Open champion Samantha Stosur.

From there Osaka had some ups and downs in tennis. She went on to beat world ranked number 35, Carolina Garcia at the invitational exhibition tournament in 2015 but lost to Victoria Azarenka in the Australian Open. She defeated Jelena Ostapenko in the third round at the French Open but was defeated by Simona Halep and Mirjana Baroni later on in the tournament.

In 2016, she defeated five different tennis professional players during the Toray Pan Pacific Open but was defeated by Caroline Wozniacki during the finals of the match. With grit and determination, Osaka became part of the WTA’s top 50 ranking and won the newcomer tennis player of the year.

In 2018, Osaka played against her idol Serena Williams and defeated her in the Miami Open. She played Williams again at the US Open where Williams had a dispute with the umpire, Carlos Ramos, resulting in penalties for Williams, which she claimed were sexist. Osaka later won the match and became the first person to win back to back Grand Slam trophies since Serena Williams.

The victory that Osaka gained during the Miami opening has been praised in Japan. Some Japanese individuals are proud of their nationality because of Osaka. “Hafu”, which is a term used to describe individuals who are half Japanese, are not fully embraced in Japan. Because of Osaka’ s recognition and victory, there is hope for acceptance for those who are biracial in Japan. Despite the conversations surrounding her race and gender, Osaka remains focused on tennis and proves that defeat, negativity, and failure are part of the process of pursuing your passion. Most importantly, that giving up is not an option.