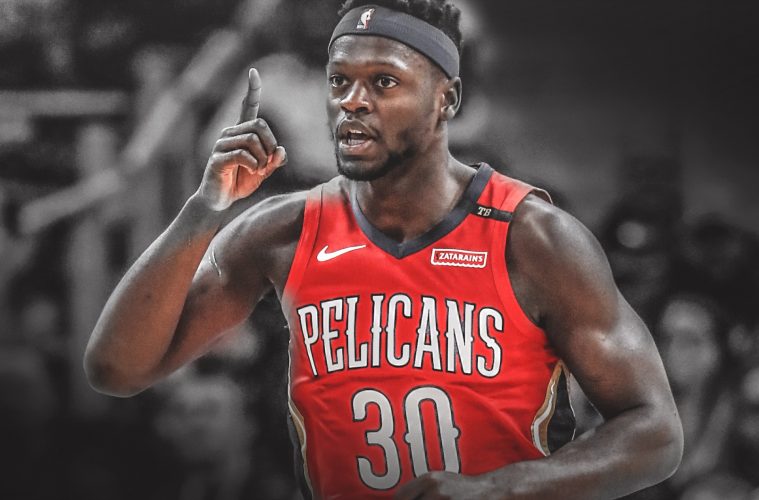 Nu OriginsAugust 29, 2019
Sports0 Comments 0
By Jerry Del Priore
New, New York Knick forward Julius Randle, who inked a three-year, $63 million contact with the team in the off-season, is already promising he’ll bring the warrior mentality to the court this upcoming season.
No matter the opponent, Randle said he’ll be giving his all, night in and night out, to help the Knicks win games.
“I’m just going to bring it every night, man,” he said in an interview with SNY at his backpack giveaway at the famed Rucker Park over the weekend. “I’m not going to promise stats, I’m not going to promise anything. Just bring it every night and do everything I can to help my team win.”
Last year, with the New Orleans Pelicans, Randle average 21.4 per game, and shot well from behind the arc, hitting a career-best 34.4 percent.
With New York lacking many viable perimeter threats, it’s hard not to believe that Knick head coach David Fizdale won’t ask Randle to continue to fire from three-point land and improve upon last season’s numbers.
Randle said his ability to connect from three-point land is something he has been doing since his high school days. It was just a matter of getting the okay from New Orleans head coach Alvin Gentry.
“From high school on I’ve always been able to do that,” he explained. “It was just all about opportunity. Sometimes, you have to sacrifice and I got to New Orleans and had a great opportunity to do that. I’m just trying to build on that.”
In addition to scoring, the 6’, 9” 250-pound former Kentucky Wildcat grabbed 8.7 rebounds and had 3.1 assits per contest last year. .
But it’s not all about basketball for Randle and his wife, Kendra, who were both raised by single moms.
“Going back to school is always an exciting time,” Randle said. “As a kid, you get some new clothes, shoes, back-to-school supplies. But me and my wife, we come from single parent homes where our moms had to work for everything. They did it on their own, so we know how hard it was. So for us, you always want to find a way where we can give back and help make families’ lives a little bit easier. And that’s really what it’s all about. Hopefully this puts a smile on those kids’ faces and encourages them to do well headed back to school.”