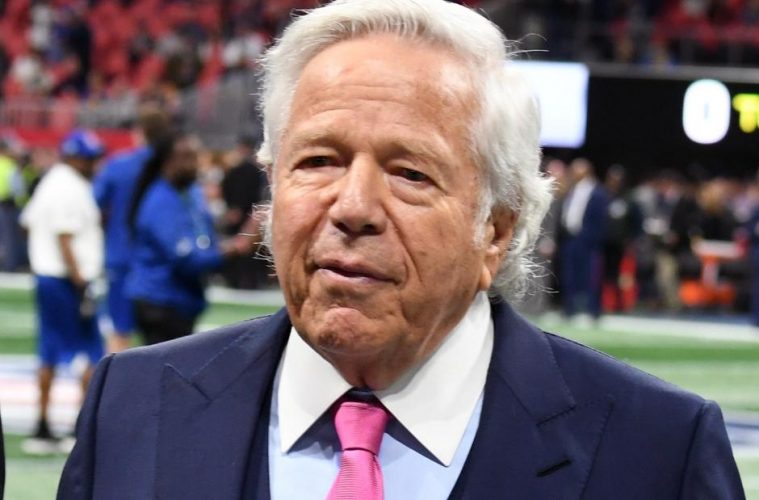 Robert Kraft, owner of the New England Patriots, was charged with two counts of soliciting prostitution in connection with a Florida spa tied to an international human trafficking ring.

Police announced Friday that the 77-year-old billionaire paid for sexual services at Orchids of Asia Day Spa in Jupiter. The spa in question is one of 10 facilities that was closed as part of a sex trafficking raid.

“Our concern in this investigation centers around the possibility of victims of human trafficking,” said Jupiter Police Chief Daniel Kerr, adding that there was evidence of trafficking.

“We categorically deny that Mr. Kraft engaged in any illegal activity,” a spokesman for Kraft said in a statement. “Because it is a judicial matter, we will not be commenting further.”

Kraft recently celebrated his franchise winning Bowl 53 on Feb. 5 and there had been a discussion that he would visit The White House to celebrate. Kraft and President Donald Trump are longtime friends, going as far as to donate $1 million to his inaugural committee in 2016 and then offering Trump a Super Bowl ring in 2017. Trump has not yet commented on Kraft’s legal woes. Kraft also visits Mar-a-Lago, Trump’s resort which is 20 miles from Jupiter.

Detectives have been investigating the spa since last October after learning that women were being forced into prostitution. According to the arrest warrant, condoms were not used. The owner of Orchids,  Hua Zhang, 58, was arrested. Zhang was charged with deriving support from the proceeds of prostitution, keeping and frequenting a house of prostitution and 26 counts of procuring for prostitution.