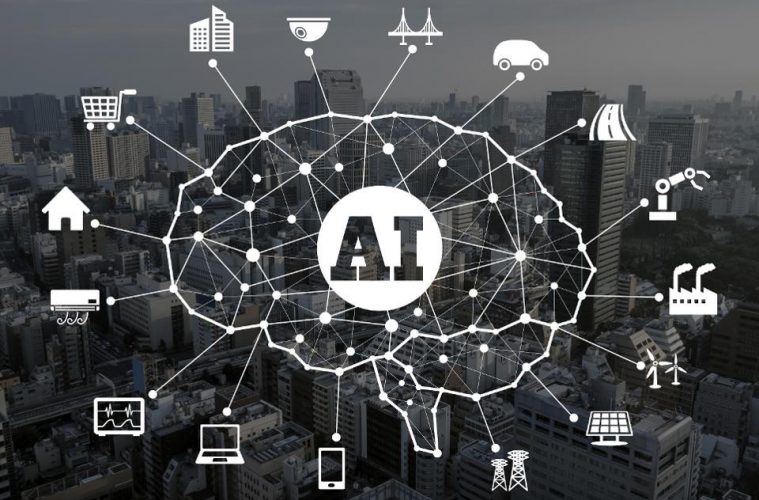 Is Your favorite Device against you or for you?

We often think that technology is neutral, assuming stereotypes cant be created from numbers and electricity, but what we tend to forget is that technology is only as biased as the people who make it. Artificial intelligence, also known as AI, is defined as the theory and development of computer systems able to perform tasks that normally require human intelligence, such as visual perception, speech recognition, decision-making, and translation between languages. This comes into play as we’re at the gym listening to Pandora, asking Siri for directions, or asking google about the traffic. But the issue is Artificial intelligence, while making great changes to the world is contributing to a greater bias at the same time.

A lot of focus has been put on the downfalls of AI such as self-driving cars crashing and murderous machines, but there’s been a huge lack of focus on how it’s posing a greater threat to society by impacting the poor, and also people of color. For example, there was test done by the Washington Post as they teamed up with two research groups to study Alexa,

the smart speakers’, accent imbalance. The test included thousands of voice commands by over 100 people across nearly 20 cities. It was found that there were notable disparities in people with accents, with nonnative people facing the biggest setbacks. 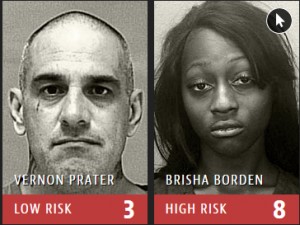 Borden was rated high risk for future crime after she and a friend took a kid’s bike and scooter that were sitting outside. She did not reoffend.

Another interesting study was done by Propublica. Risk assessments using facial recognition are being used in courtrooms across the nation to determine which criminals can be set free at each stage of the criminal justice system, yet they are showing bias against blacks. The algorithm the machines went by were more likely to falsely flag 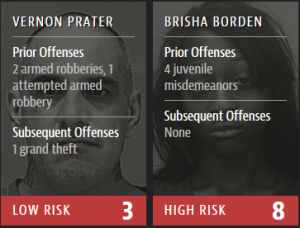 black defendants as future criminals, wrongly labeling them this way at almost twice the rate as white defendants.

“Every time humanity goes through a new wave of innovation and technological transformation, there are people who are hurt and there are issues as large as geopolitical conflict,” says Fei Fei Li, the director of Stanford’s Artificial Intelligence Lab. “AI is no exception.”

Fixing these issues are an urgent matter being that AI is becoming apart of our daily lives quicker than we know it. The creators of these machines are going about it in a color blind way causing more racism produced by these products. Biasness has to be included in order to add diversity. You cannot simply disregard and not include race, age and gender and expect AI to be all inclusive for everyone to have an equal experience. One solution can be diversifying those who are creating the machines and technology. If that is applied to all forms of the AI such as policing, shopping, and banking, it could go a long way to addressing the problem. There needs to be more understanding technologists being that they no longer just predicting our favorite songs and now predicting jobs and political systems.