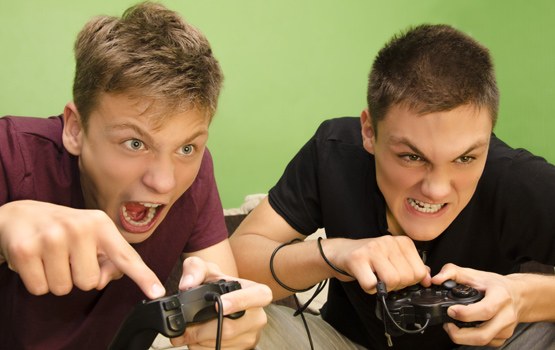 White video gamers are upset you can prevent slavery in Mortal Kombat 11.

However, when discussing ways to appeal to more disfranchised groups, a herd of angry white gamers crying political correctness is expected.

Jackson Briggs, also known as Jax, is an African-American, bionic arms welding character on MK series, debuting on Mortal Kombat II, and he’s one of the most prominent black characters in gaming.

In arcade mode, Jax can defeat a Keeper of Time (time wizard) named Kronika. Once players defeat Kronika, (spoilers) Jax will manipulate time and prevent the Atlantic Slave Trade from happening with his epic, ass-kicking powers.

White gamers are not happy about MK11’s political statement of ending slavery and freeing Africans.

According to Associate Professor in the Communication Department at the Seattle University, Dr. Christopher Paul, those who are bothered by Jax’s ending are likely to be racists who fell for the status quo bias against politics in gaming.

“A subset of gamers are upset because they don’t want politics in their games, failing to realize that stance is inherently political and carries a status quo bias. It’s certainly ignorant and likely racist, although I believe the people espousing this position would reject the idea that they are being racist,” Dr. Paul said. “They would contend that games should have no political stance, yet may not have any issue with a time-traveling narrative predicated on going back in time to kill Hitler.”

The fact that there aren’t a lot of black playable characters in video games, not to mention the abundance of white male gamers who refuse to be inclusive of black players, is a reflection of our gaming industry being exclusive to whites.

“I’d argue [racism in gaming as] worse as the centrality of white men to gaming spaces has led to a vocal subset of the community actively rejecting any discussion of political topics as SJW (social justice warrior) propaganda,” Dr. Paul said.

According to a poll conducted by EA, angry white gamers are losing the culture war as more people want more inclusion.

“Survey finds only 7% of players say they’re less likely to buy a game because of inclusive features, 61% concerned about toxicity. While backlash against efforts to be inclusive in gaming can seem loud at times, it comes from a minority of players,” according to EA.

The poll stated a near majority of gamers at “45% saying it made them more likely to play a game, 48% saying it had no impact.”

There is a marketplace that embraces gaming with political views and agenda. Video games, compared to their entertainment counterpart, films, are more conservative due to higher production cost, but the film industry is able to produce billionaire dollar franchises the likes of Panther, Crazy Rich Asians, and Captain Marvel, igniting political commentary and the box office.

Mortal Kombat is no stranger to controversial tactics to appeal to fighting game enthusiasts. In the early 90s, it was one of the classic games that sparked a national debate about violence in games, leading to the creation of an American rating system called the ESRB, Entertainment Software Rating Board.

One of the other games that led to the ESRB is Night Trap, an interactive B movie-esque video game where players watch surveillance footage of a teen slumber party and activate traps for intruders to prevent the girls from getting or killed. One of the teen girls’ fatalities resembles her getting raped in the bathroom by three intruders.

Yup, the 90s were hardcore, and the game’s development was co-signed by family board game creator Hasbro.