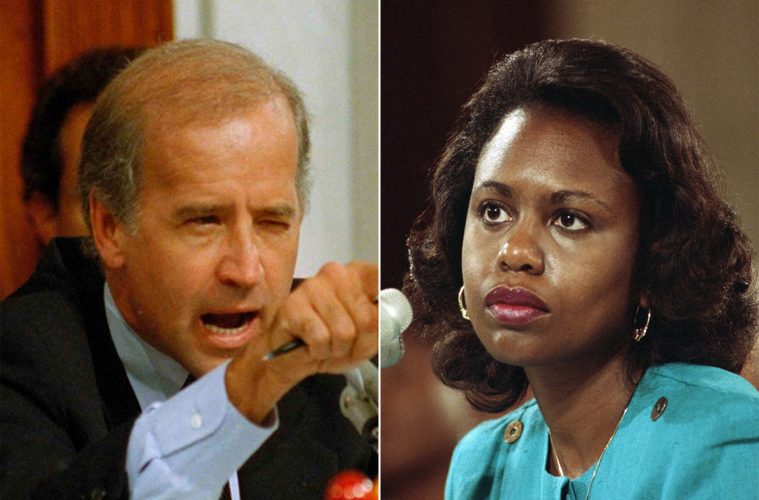 Anita Hill has stated that that she is not “satisfied” with an apology that former Vice President Joe Biden offered to her after a recent conversation.

Hill told The New York Times Thursday that Biden contacted her ahead of him announcing his presidential bid for 2020. He wanted to make amends for his treatment of her during the 1991 confirmation hearing of Supreme Court Justice Clarence Thomas. Hill accused Thomas of sexual harassment and was largely dismissed by the all male and white panel. Biden was head of the Senate Judiciary Committee at the time and has been criticized for how he oversaw the hearing which saw Hill, African American, being pillared with harsh questioning by the senators.

“I cannot be satisfied by simply saying I’m sorry for what happened to you. I will be satisfied when I know there is real change and real accountability and real purpose,” she told the Times.

Hill, a law professor,  detailed how Biden could be sincere in his overtures. She said would have to involve reaching out to other women and showing contrition to them.

“The focus on apology to me is one thing,” Hill said. “But he needs to give an apology to the other women and to the American public because we know now how deeply disappointed Americans around the country were about what they saw. And not just women. There are women there are women and men now who have just really lost confidence in our government to respond to the problem of gender violence.”

Earlier in the day, a spokesperson for Biden told the press that he had extended an apology to her. The revelation came after he formally declared himself a candidate for the Democratic nomination to face President Donald Trump in 2020.

“Vice President Biden has spoken with Anita Hill,” deputy campaign manager Kate Bedingfield said in a statement. “They had a private discussion where he shared with her directly his regret for what she endured and his admiration for everything she has done to change the culture around sexual harassment in this country.”

In March, Biden addressed Hill at the the Biden Courage Awards ceremony. He acknowledged that she was not treated with respect and has suffered because of it.

“She paid a terrible price. She was abused through the hearing,” Biden said. “To this day, I regret I couldn’t get her the kind of hearing she deserved.”