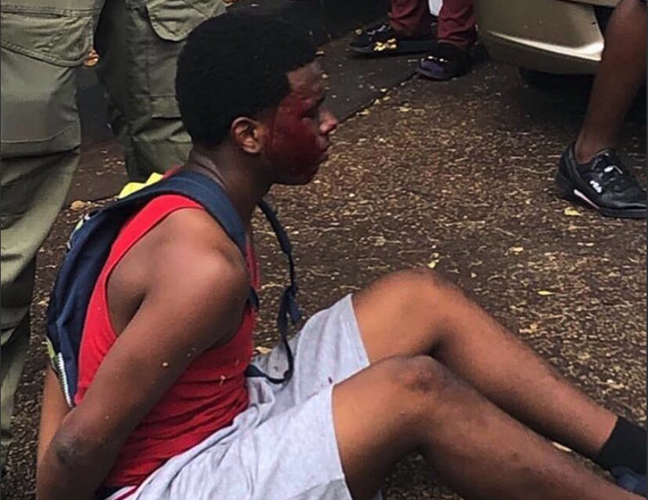 Broward County prosecutors in Florida  announced Tuesday charges were dropped against Black teen Delucca Rolle who was assaulted by a sheriff’s deputy.

Rolle was arrested Thursday and charged with assaulting an officer and obstruction without violence. During the confrontation, Broward Deputy Christopher Krickovich pepper sprayed Lucca, tackled him to the ground and slammed his head onto the pavement. Sgt. Greg LaCerra also took part in the arrest of the unarmed Black teen. The 15-year-old was left bloodied in the incident which was captured on video and went viral on social media.

Please REPOST !!!!! #justiceForLucca !!!!!! This my nephew if anyone have anymore pic or videos please send me !!!! pic.twitter.com/qsHGy1OQdQ

15 yr old Black boy, Lucca picked up a cell phone that fell out of the pocket of a Black boy who was being arrested. In response @browardsheriff officers Christopher Krickovich & Greg LaCerra pepper sprayed, brutally beat, and arrested him.

Broward county sheriffs calmly arrest a kid who had just MURDERED 17 people yet they beat the shit out of a 15yr old black kid picking up a cell phone…. you can’t say it’s not a race issue… #justiceForLucca

“The Broward State Attorney’s Office has made the decision that we will not file any charges against the 15-year-old juvenile who was arrested on Thursday in Tamarac,” according to a statement. 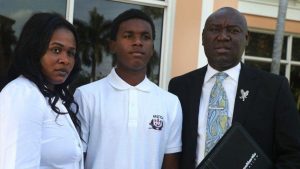 Rolle’s family obtained the services of famed civil rights attorney Benjamin Crump. He called the actions of the police officers “unconscionable” and said they had trampled on the the civil rights of a young, unarmed black male.

“Starting now,” Crump said in a news release on his Instagram account, “we will seek justice through every avenue possible for Lucca and his family.”

Rolle was treated for burning eyes and his mother stated that he also suffered  a broken nose. He has also been complaining of headaches. She was not sure if justice would ultimately be served for her son but wanted the officers fired.

“They are supposed to set example for us, they aren’t supposed to be doing that,” she told CBS News. “You know, to see somebody who is supposed to be protecting my child hurt my child, and it’s all I want is justice for him.