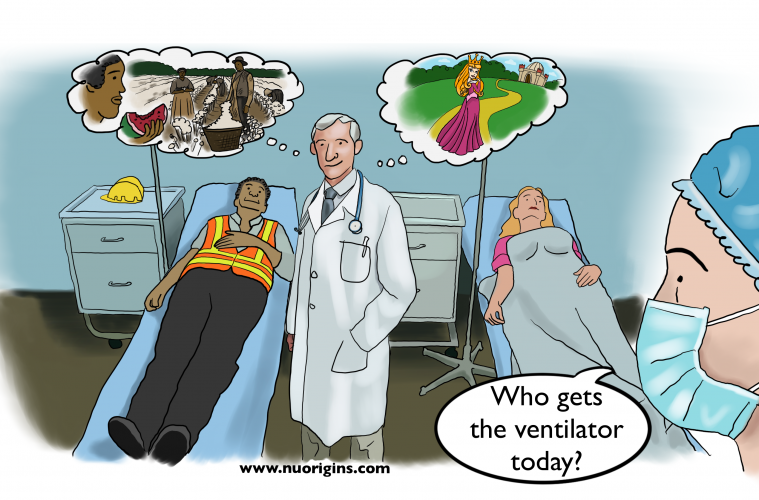 A number of U.S. cities are releasing reports about the disproportionate amount of black people dying from the coronavirus. The question is, why?

While black people only make up 12 % of the population  in Michigan, 40 % of the 417 coronavirus deaths in the state came from this demographic, according to the Metro Times. In Philadelphia, Public Health Commissioner Thomas Farley released some equally staggering statistics this week when he revealed that black people make up 46% of the 528 cases in the city, The Philadelphia Tribune reports.

In Wiscon’s Milwaukee County, black people make up 81 % of the area’s 27 deaths as of Friday even though they only populate 26 % of the county. Gov. Tony Evers is admitting that this is a problem in the state.

“We’re seeing COVID-19 impact Milwaukee, especially the north side of Milwaukee in a uniquely bad way,” he said in a news conference. “The severity of this disease in the African American community is a crisis within a crisis.”

North Carolina has similar data with black people only making up 32.9 % of the population in Mecklenburg County, yet 43.9 % of the 303 COVID-19 cases, The Charlotte Observer has revealed.

“Certainly, African Americans are disproportionately impacted, and I’d like to understand some of the ‘whys’ behind that,” Mecklenburg County Commissioner Mark Jerrell told the local North Carolina press. “I’m very concerned about that — it’s alarming, and it’s something we have to get under control immediately.”

While there are many factors contributing to the amount of black people suffering from this incurable virus,  Milwaukee Health Commissioner Jeanette Kowalik is revealing how racism has played a part in the current state of affairs.

Kowalik explained how racism and inequalities are highlighted during the current global pandemic known as COVID-19.

“We declared racism as a public health issue. It frames not only how we do our work but how transparent we are about how things are going,” said Kowalik in a  ProPublica report. “It impacts how we manage an outbreak. What black folks are accustomed to in Milwaukee and anywhere in the country, really, is pain not being acknowledged and constant inequities that happen in health care delivery.”

When people do not have adequate health care coverage, they are more prone to underlying diseases that can leave them more susceptible to contracting the coronavirus and cause complications.

“There is no question that the COVID-19 outbreak is having a more significant effect on marginalized and poorer communities, particularly communities of color,” Dr. Joneigh Khaldun, Michigan’s chief medical executive, recently told  Metro Times. “While COVID-19 can infect anyone regardless of race or class, African Americans have historically been more likely to have higher rates of chronic medical conditions such as heart disease, diabetes, and cancer in the United States. We know that people with these underlying medical conditions are more likely to become severely ill from COVID-19.”

Part of the problem is the way that many black people have been historically treated by the healthcare system in the U.S. One major example is the “Tuskegee Study of Untreated Syphilis in the Negro Male” that deceptively infected black people with the disease that caused some in the span of 40 years.

As a result, generations have learned not to trust that the healthcare system has their best interests at heart. Glenn Ellis, a Research Bioethics Fellow at Harvard Medical School who speaks to the media often as a medical ethicist, recently told an ABC affiliate in Philadelphia why this has an impact on the black community’s reaction to the coronavirus.

“There’s a historical legacy of atrocities that have happened in healthcare as it relates to black people,” he said. “Not just Tuskegee, you’ve got to understand what has happened in this country, its history, what it’s done to create this subculture of folks who are totally disconnected from the mainstream.”