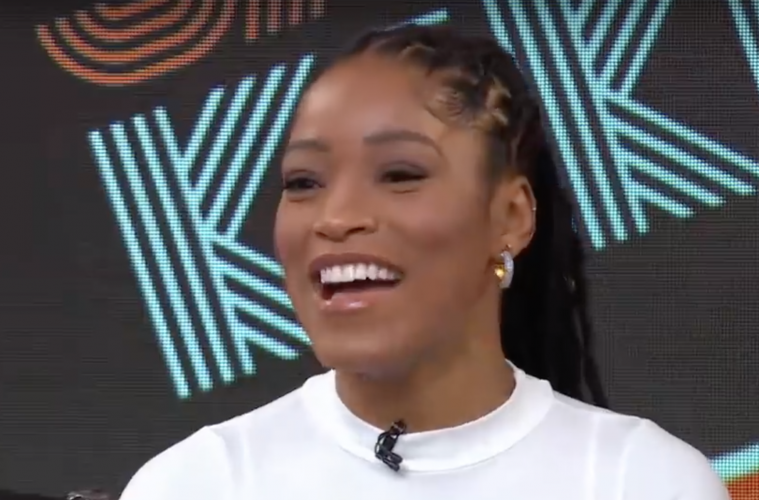 Since Keke Palmer broke onto the scene as a child star, she has been representing strong, articulate, multidimensional black girls in film, on television and the stage.

In a new interview with Harper’s Bazaar, the entertainer who broke the mold as the first black Cinderella on Broadway, opened up about her Illinois upbringing where she learned to code-switch at an early age. As a youth attending St. Benedict Preparatory School in the Chicago area, Keke was the only minority in her class.

Even back then, she learned how important it was for her to articulate herself well while remaining true to who she is.

“I think that was the first time that I realized, ‘Oh, is there a different dialect,’” she reflected. “All I ever cared about was being able to articulate myself, having a strong vocabulary, so I can read people, without curse words.”

The singer and actress with film credits like “Akeelah and the Bee” and t.v. shows like “Scream Queens” under her belt currently serves as a co-host of “GMA3: Strahan, Sara & Keke.” At 26 she’s found her voice and has no problem using it to stand her ground in situations when people may not know how to deal with things like her hair on set.

“Sometimes when I was a kid, it was impossible to find people that knew how to do my hair,” she says. “I learned how to deal with it. I made it a point to the people on set, like, ‘Uh-uh, we’re not gonna have that weird, awkward moment over my hair. This is what we’re doing.’”

However for Keke, it’s important to use her voice to uplift people who may look to her for inspiration.