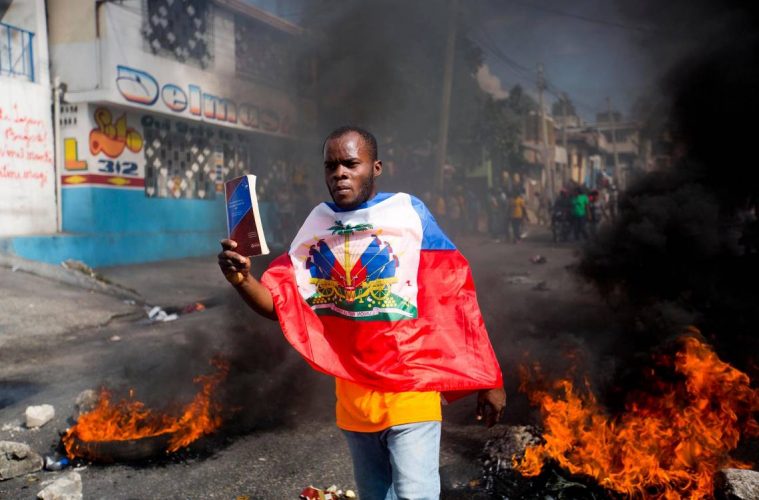 “Operation lock down Haiti” which has been a series of widespread protests in the region. Citizens of the nation, frustrated by falling currency, rising cost of living failed leadership and rampant corruption. The cause for the latest unrest was also due to an audit of nearly $2 billion in funds from Venezuela’s PetroCaribe discount oil program that was supposed to be invested in social programs.

Citizens took to the streets last Thursday. Rocks were thrown, tired burned, police stations attacked and roads were blocked in major cities and school was closed. Protesters demanded the resignation of Moïse, who just celebrated his second anniversary in office.

According to the Haiti National Police deputy spokesman Gary Desrosiers, police registered at least two deaths, 36 arrests and 14 injured cops. Business leaders have now called for peace, calm and dialogue in response to the latest anti goverent protest in a months.

Frantz Bernard Craan, head of the Haitian Chamber of Commerce and Industry, and the departmental chambers that constitute it, said he was not calling for any resignations. However, he did not want that excluded from the conversation. He wanted all mandates on the table and for any resolution to be accepted.

“We feel that people do not trust Jovenel Moïse to respect his word. So if he takes a public commitment to do what we’re asking, it may create the atmosphere necessary to have the negotiations,” he said. “We’re also asking for a board of wise persons to be named by different segments of society to conduct the negotiations because we don’t feel any of the actual authorities have enough legitimacy to conduct those negotiations.”

Georges Sassine, president of the Association of Haitian Industries , demanded action. He said that protest could not be the way to resolve the situation.

“If we let the streets decide, we are going to all be carried away like a tsunami wave,” he said.

There has been discussion over whether The State Department will remove diplomats who reside in Haiti. An official declined to address that possibility but stated that the safety was a priority and precautions were in place.

“The safety and security of our personnel and their families is our top priority. We are monitoring the security situation in real time, 24 hours a day, seven days a week,” a State Department spokesperson for Western Hemisphere Affairs said.