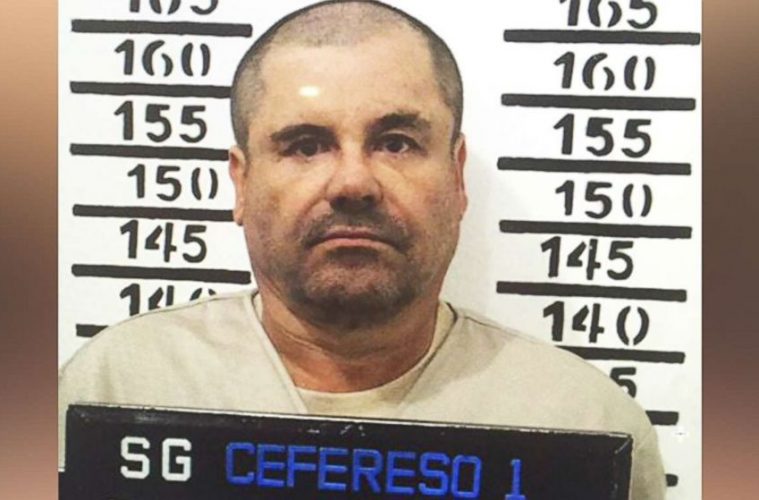 Guzmán, 61, received his verdict in a Brooklyn courtroom and  had no reaction. He was charged with
pocketing  nearly $14 billion as the decades long head of the murderous Sinaloa cartel and engaging in a continuing criminal enterprise that included torture and murder which carries an automatic life sentence.  He was notorious for breaking out of jail but In January 2016, Mexican authorities closed in on Guzmán at a hideaway in the coastal city of Los Mochis. The next year, he was extradited aboard a flight from Juarez, Mexico, to New York to stand trial in the federal court. He had been a fugitive for over a decade.

His sentencing for the other charges is scheduled for June 25.

The prosecution presented 200 hours of testimony from 56 witnesses about how the drug kingpin was the leader of a cruel regime; most of them were admitted drug traffickers who cooperated in the hopes of reducing their own prison time. The jury also heard testimony about murders, corruption at nearly every level of Mexico’s government, narco-mistresses and naked subterranean escapes, gold-plated AK-47s and monogrammed, diamond-encrusted pistols. The jury made up of eight women and four men, were swayed and were told by US District Judge Brian Cogan that they “made me very proud to be an American”.

Richard Donoghue, US Attorney for Eastern District of New York, said the case and verdict were a victory for the American people. Donoghue said it showed there would be consequences for drug use and efforts to curtail it were not in vain.

“There are those who say the war on drugs is not worth fighting. Those people are wrong,” he said.

Donoghue also said that the high profile case shed a light on international drug trafficking and showed the corruption that allowed the Sinaloa cartel to operate.

Guzmán’s attorney’s, who only called one witness in his defense, disagreed with the verdict. However, they said it would be respected.

“We are obviously disappointed with the jury’s verdict in the trial of Joaquín Guzmán Loera but are respectful of the process and the jury’s decision,” defense attorney Eduardo Balarezo said. “We were faced with extraordinary and unprecedented obstacles in defending Joaquín …”