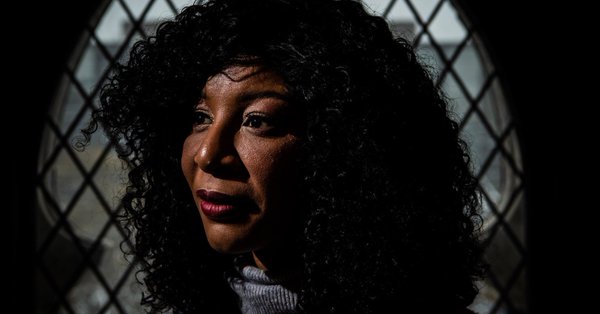 Alva Johnson  has claimed in a new lawsuit that President Donald Trump kissed her without consent while on the campaign trail in 2016.

Johnson spoke to The Washington Post Monday and detailed her allegations. She alleged that then candidate Trump kissed her without permission before a Tampa, FL rally on Aug. 24, 2016.  Johnson described Trump as grabbing her by the hand and leaned in to kiss her. She turned her head and the kiss landed on the side of her mouth.

“I immediately felt violated because I wasn’t expecting it or wanting it,” she said. “I can still see his lips coming straight for my face.”

Johnson said she informed her boyfriend and mother of the unwanted advances. She also sought out legal counsel with a Florida attorney. The Post viewed messages between the lawyer and Johnson in which he called her credible and referred her to a therapist.

Johnson, an event planner, is seeking unspecified damages for emotional pain and suffering. The federal lawsuit, filed Monday in Florida, also alleges that the campaign discriminated against Johnson, who is black, by paying her less than her white male counterparts. Johnson expressed nervousness about sharing her story and regret for having worked on the campaign.

“I’ve tried to let it go,” she said. “You want to move on with your life. I don’t sleep. I wake up at 4 in the morning looking at the news. I feel guilty. The only thing I did was show up for work one day.”

Despite the incident and work environment, Johnson continued to work on the campaign. Six weeks later, on Oct. 7, 2016, the infamous “Access Hollywood” tape was dropped in which Trump boated about being able to grab and grope women by their genitals.

“You know I’m automatically attracted to beautiful — I just start kissing them,” Trump said in 2005. “It’s like a magnet. Just kiss. I don’t even wait. And when you’re a star, they let you do it. You can do anything.”

Johnson said that she was sickened listening to the tape.

Three weeks later, Johnson quit and attempted to put the episode behind her. However, she was upset by the choices and actions of the Trump administration.

“Babies in cages — I didn’t think it was going to be this bad,” she said.

The White House denied that the president was involved in any improper conduct with Johnson.

Trump has been previously accused of assault by other women. He has denied those charges as well.