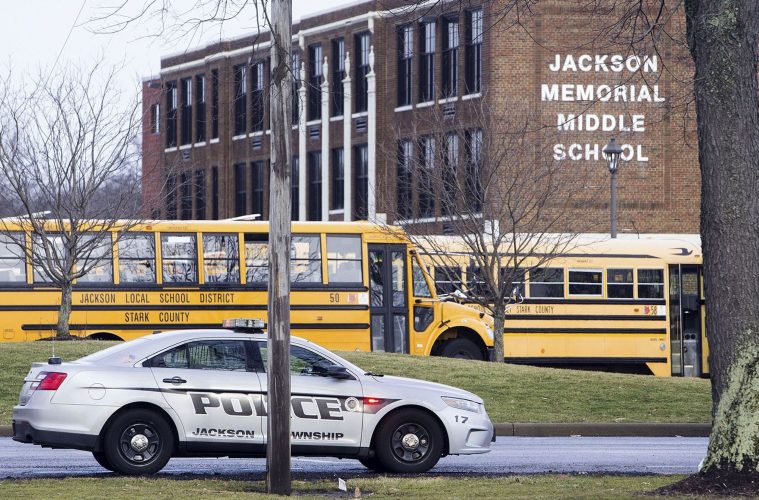 Police in Jackson, Ohio are investigating a bullying incident at a middle school where a group of boys allegedly told a biracial, female student that “this is MAGA country” and “all black people should die.”

Nicole Arnold told Fox 8 Cleveland that her 11-year-old daughter attends Jackson Memorial Middle School. She described her daughter as smart and outspoken but not a child who finds herself in trouble. However, her bi-racial daughter was recently the target of racism at the school.

Arnold said that her daughter was in the school lunchroom when a group of 10 boys surrounded Tuesday. They began making racist taunts and invoked President Donald Trump’s “Make America Great” slogan.

“This is Trump (MAGA) country and we are the wall and all black people should die,” the boys allegedly said.

Arnold said her daughter was scared and this was the first incident of its kind for her.

Arnold noted in a Facebook post that her daughter had been bullied previously but not to this extent. She reported the racial harassment to the police who have promised an investigation.

“We are going to interview the kids that were involved. There’s video of the incident. We are going to look at that and we are going to find out the truth, then we will make decisions based on what that investigation shows and it will be forwarded to the prosecutor. They will look at it then to determine whether charges are warranted or not,” Chief Mark Brink said.

The school district said that the boys in question are in the sixth grade. Superintendent Chris DiLoreto said in a statement that “school safety continues to be a priority at Jackson Schools” and that students were being interviewed. Arnold wanted to ensure that her daughter and others had a safe learning environment.

“We need to pull together as parents of these children — of the youth — and let them know that this behavior is not ok. It’s not going to be tolerated for anybody. If we can help prevent this from happening to another kid, that is our end goal here,” she said.

Arnold has also contacted the FBI and the NAACP since her daughter’s race was mentioned.