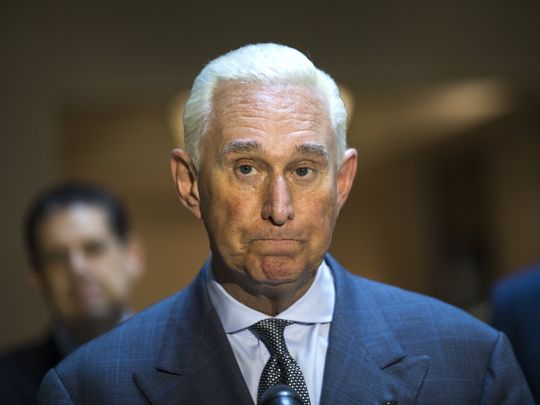 Roger Stone Jr., ex political adviser to President Donald Trump, was arrested by the F.B.I. in the early hours of Friday morning.

Federal agents took Stone into custody at home in Fort Lauderdale, Florida just after 6 a.m. The raid was exclusively captured by CNN. In the footage, the F.B.I. declared, “FBI., Open the Door!” The arrest was done without warning and the agents were heavily armed.

Stone will be arraigned later this morning and indicted on seven counts: one for obstruction, five for making false statements and one count of witness tampering. He is accused of lying to and obstructing the House Intelligence Committee’s investigation of Russian interference during his September 2017 testimony. Stone is believed to have worked in cooperation with Wikileaks founder Julian Assange to derail former Secretary of State Hillary Clinton’s campaign which is detailed in the 24 page indictment. Many of her personal emails and private messages were illegally obtained and leaked during the 2016 presidential election.

The indictment also said that Stone kept Trump officials in the campaign apprised of future dumps that would be damaging to Clinton and other Democrats.

“Shortly after Organization 1’s release, an associate of the high-ranking Trump Campaign official sent a text message to STONE that read ‘well done,’” the indictment read.

In another instance, Stone is alleged to have told another witness to lie.

“Stonewall it. Plead the fifth. Anything to save the plan… Richard Nixon,” Stone ordered as a means of covering up communications.

Stone is just the latest figure to be ensnared in Robert Mueller’s special investigation that is focused on an alleged conspiracy between the Russian and its operatives and Trump’s campaign. Michael Flynn, Michael Cohen, Richard Pinedo, George Papadopoulos, Rick Gates and Paul Manafort are just some former officials who have been indicted.

White House spokeswoman Sarah Sanders pushed back against the notion that this arrest had anything to do with Trump.