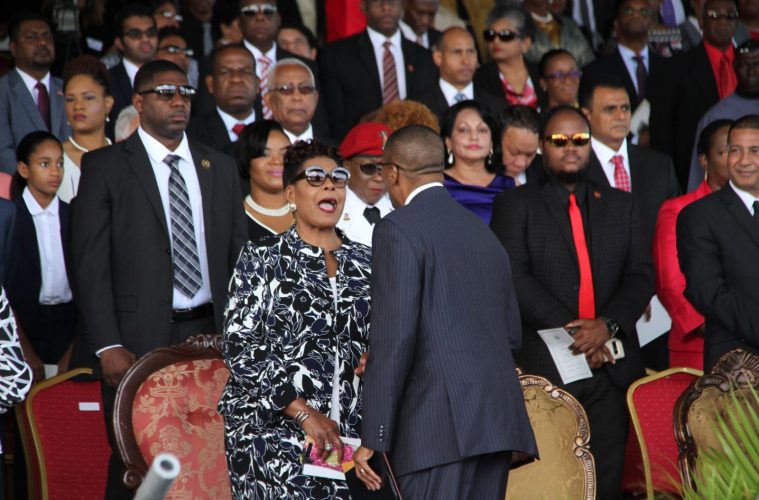 Introducing: President Weekes and Her Message on Easter Sunday

The current leader of Trinidad and Tobago, succeeding Anthony Carmona is none other than Mrs. Paula Mae Weekes. On March 19th, she became the first woman to earn the role as president. While Weekes is the only female head of state in the region, her historic victory shouldn’t astonish those familiar with her resume. Weekes was a retired appeals judge before she took her place as a presidential nominee. She held the position of the Director of Public Prosecutions until her stint in the Criminal Division of one of Trinidad’s highest courts. Following this, she served on the Trinidad Court of Appeals in 2005 until her name was submitted in Turks and Caicos 3-year tenure in 2017.

“This is something that we need, a strong educated woman in office, I voted for Clinton but that didn’t work out in our favor, in this case Weekes has a solid platform and huge array of supportive citizens who know she’s going to have their backs both international and domestic” York College, student – Essence Kel

“Unscientific research led me to the conclusion that it falls to each President to define within prescribed limits his or in this case now her role. After much deliberation, I identified my role as “humble first servant” with the mandate to render service with enthusiasm” says President Paula Mae Weekes in her inaugural address.

In Trinidad’s political system, presidents are elected by the parliamentary system that is tightly upheld. The Electoral College consists of members of the House of Representatives and the Senate. According to the Trinidad and Tobago Republican Constitution, the President is their Head of State as well as the Commander in Chief of their Armed Forces, and holds all executive authority. The president’s powers can be exercised within the boundaries of the constitution, being advised by the cabinet, the Prime Minister, or the Leader of Opposition. Weekes will have to appoint government ministers to join her cabinet. This is a total of 28 members.

In 1980 Paula Mae Weekes graduated from the University of the West Indies in Barbados, the Barbados campus with a Bachelor’s degree in law. She then went on to continue her legal education at the Hugh Wooding Law School. After graduating, and passing the bar exam she attained a role in the office of the State Council, where she would remain from 1992 to 1993.

“Her ability to be so well versed is almost surreal, maybe because politics as of recently has almost seemed fake it’s just good to know there are people who are still resilient and devoted to their positions,” Essence Kelly commented on Weekes advances in the educational department.

Weekes is well educated and fluent in judicial education. She became a member of the Commonwealth Judicial Education Institute in 2000. The institute is an organization of judicial educators who use judicial techniques and methodology that would “create and deliver judicial education curricula supportive of contemporary judicial reform” according to the CJEI website. President Weekes has constructed and administered educational programs in Trinidad and Tobago, as well as Jamaica.

In her Easter message, Weekes spoke about the ability to “extract the essence of beliefs of others,” insinuating that teaching multiple religions to kids in school will allow them to become more understanding adults. If her emergence in the region insights the promotion of religious freedom, she should be welcomed universally with open arms.