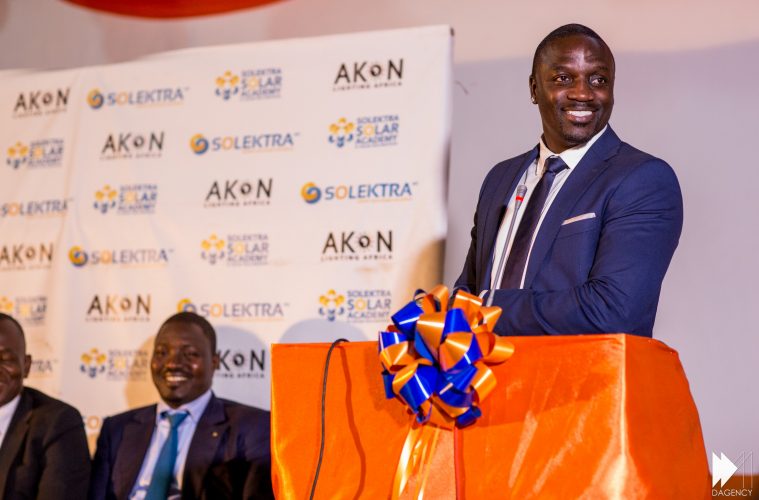 In February of 2018 the Solar Power Initiative, Akon Lighting Africa was denied the opportunity to restore electricity in Puerto Rico after months following Hurricane Maria. Hip-hop mogul Akon partnered with public servant Thione Niang and Philanthropic-entrepreneur Samba Bathily who specialized in solar energy, and founded the organization Akon Lighting Africa in order to broaden the access of electricity for people across the whole country. These men were raised in villages without power, it now drives their commitment to bring light to the continent. They agreed that the areas in Africa that would be vital to the operation would be the semi-urban areas in Africa because it was “the essential foundation for everything else, education, health and economic development” according to the foundation’s website.
“There were so many individuals, foundations, organizations, non-profit organizations, and groups that donated food, clothes, medical supplies and even money but Akon wasn’t allowed to restore electricity, there is definitely some form of intentional neglect going on. It’s not fair to the citizens of Puerto Rico because regardless they’re American citizens too” says Yannique Riley, a Biology major at St. John’s University.
Puerto Rico still has not revived itself from Hurricane Maria. A category 5 hurricane, one of the worst natural disasters to make landfall on the island, leaving the whole country without power. According to the Mayor of San Juan Carmen Yulin Cruz in an interview with MSNBC, there would be about “4 to 6 months of no electricity”. Most of the infrastructure was destroyed and over one thousand citizens died. The Puerto Rican government believes more than a third of the country’s 1.2 million homes were destroyed by the storm. “I have family that’s Puerto Rican, and I’ve had some family members staying with me in the past months, and then they stay at another family member’s house. It’s a cycle” said Karla Cuevaz, a Hospitality Management major at St. John’s University.
There has been a large migration of the Puerto Rican people, in hopes to resume their lives outside of the country. The suicide rate of the county has risen 30% since the hurricane. Citizens are left without homes, food, employment and even family. These socioeconomic strains make it harder for the citizens of Puerto Rico to realign themselves in society. “Thinking about the fact that our government is more than able and just won’t help is so sickening, there are other agendas of course but what about the children?” says Cuevaz.
The nation’s young and elderly lives are at risk due to living conditions on the island. An increase in rainfall can cause a raise in the cases of Cholera, this is a bacterial disease that if left untreated can result in death. The lack of food, water and medication will only lessen their chances of a safe and timely recovery. They are also faced with the fact that hurricane relief programs are starting to grow weak. The President of the United States Donald Trump, did not clarify the category of the crisis in Puerto Rico. It was high priority, but the general who was set to lead the armed forces on the ground was not sent in until 10 days after the storm. FEMA teams were on the island the day after the hurricane, however, a bulk of their necessities for the excursion were not sent until a week later when President Trump and FEMA Administrator Brock Long made their debut on the island.
The Akon Lighting Africa foundation created a solution for the electricity crisis in Puerto Rico guaranteeing to restore power to the island in 30 days. Akon told TMZ the solution was denied due to politics, special interests and propaganda. “They don’t care about the people” Akon told TMZ in an interview, speaking on why the American government would not allow him to provide aid. President Trump has not taken a significant angle on initiative to bring the island of Puerto Rico back to its normal state Congress is soon supposed to sign a disaster relief bill that would provide $80 billion more disaster relief on top of the current budget.