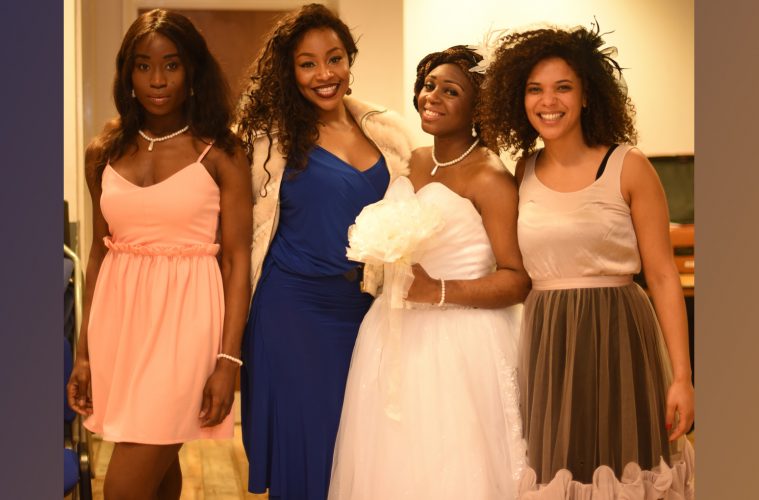 ‘No Shade’ Sheds Light on Colorism

If the traditional route of holiday gatherings with friends and families seems less than appealing to you, check out the African Diaspora International Film Festival (ADIFF), celebrating its 26th anniversary right here in New York.

The films speak on issues ranging from slave trading, the modernization and emerging feminism in Muslim traditions, politics and identity in record-breaking films such as Black Panther, and the ever-present problem of colorism happening in different parts of the world. One of the films that should leave people with something to discuss over the holidays is ‘No Shade,’ a film written and directed by Clare Anyiam-Osigwe.

‘No Shade’ is a fresh and culturally relevant film that sheds light on colorism and how it affects the brown and black communities. Colorism, also known as shadeism, is a form of prejudice based on societal connotations of a person’s skin tone. The film helps open up the dialogue of people who have been affected by colorism and provides insight on their personal journeys as they struggle to undo the damage set forth by society’s romanticized depiction of beauty as Eurocentric features.

The film is set in England with leading actor Adele Oni who plays Jade, a dark-skinned woman of African descent struggling to find love in the Black community. Jade can barely get past the second date because the men she chooses are not able to see past her ebony complexion. Although she makes attempts to find love, it is 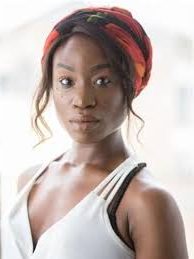 Instead, Jade chooses to remain on the sidelines as she watches Danny date other women. Women who are light skinned with long hair, pretty light eyes, a slim nose and small lips, the total opposite of Jade’s appearance.  Jade is of a darker complexion with a wider nose and full lips. She wears straight-haired wigs to hide her real hair which she refers to as “bush” because that is how most men see her in her natural state, a black woman whose natural hair is intimidating.

Crushed by Danny’s preference for lighter women, Jade decides to go on cyber dates with lousy men who let her pick up the tab, white men who have fetishes about being with black women, and even men who are belligerent, believing she catfished them because she looks “too black” in person.  Throughout the movie, viewers can see that Jade is insecure about her looks because of the way colorism has defined her as less beautiful and undesirable due to her skin tone. In one scene, Jade breaks down to Carla and asks if she is too dark because she can’t find a man to love her past her color. Carla then replies by telling her to forget what men say and to love herself first. It is a message that shadows Jade through her encounters with different men, yet she does not internalize the message until the end of the film.

What’s most interesting about the film is that viewers get to see firsthand the effects of colorism and the mental/emotional damage it causes through the eyes of a dark-skinned woman, the subgroup of women who are arguably given the harshest treatment because they are not of a lighter complexion.

‘No Shade’ highlights the subtle nuances of how colorism affects all women, not just darker skinned women. When Danny’s girlfriend Andrea, played by Sharea Samuels, realizes that she is just the trophy girlfriend because of her looks, she runs to Jade for help. While one woman feels used because her partner only loves her for her light skin and pretty long hair, the other woman is crushed and feels defeated because men don’t appreciate her beautiful melanin enriched complexion. This is where the conversation of colorism, especially with women, presents itself in the film. As these two hash out their feelings in the film, it actually sends a bigger message to the audience on how colorism affects everyone worldwide. There are plenty of Jades and Andreas who feel over and underprivileged because of their skin tone. The question is, how do we move forward and break discouraging and prejudicial stigmas of colorism?

Anyiam-Osigwe brings the conversation of colorism to the forefront by explorings Jade’s negative self-perception and self-destructive behavior heavily influenced by choosing men who don’t appreciate her color. Anyiam-Osigwe also explores what it is like for Andrea who has conflicting feelings. Accepting and enjoying the idea that she is the prototype of society’s concepts of beauty but angry and struggling with the fact that her European features are the main reason most men date her.

Her film is a conversation starter for women and men who have experienced colorism.  In one pertinent scene, Carla’s husband, Eddie, decides to have a sit down with Danny and ask about his relationship with Andrea. Danny is upset because Andrea is his “dream girl” because she’s “a lighty” but wears a weave. He is clearly shocked that lighter skinned women wear weaves which speaks to the ignorant misconception that only dark-skinned women wear weaves. Danny, a pivotal character in the film, represents colorist behavior and perceptions that continue to repress women of color.

However, Anyiam-Osigwe also makes viewers aware that Danny is just a product of the colorism cycle because his father left his dark-skinned mother for a white woman. Although ‘No Shade’  is centered on how colorism affects women, this particular scene between Danny and Eddie also illuminates how colorism can affect men.

Danny’s colorist attitude stems from the psychological trauma of his abandonment. He internalizes this childish idea that “a Black man should find someone either white or light” because that’s what his father did. The sad irony in this conversation is that Danny is best friends with a woman with the same physical attributes as his mother and is also loving, caring, and can cook but he is too mentally scarred to see beyond skin tone.

‘No Shade’ serves as a barrier breaker in a day and time where society continues to push Eurocentric ideas of beauty onto women who biologically cannot fit those standards. ‘No Shade’ the title that also serves as a pun is a fun, witty and raw film that everyone should see during the film festival. Yes, the holidays can be a time of love and laughter, but it can also be a time of substance and reflection. Be sure to check out the film on November 28th when it is screened at the African Diaspora International Film Festival.