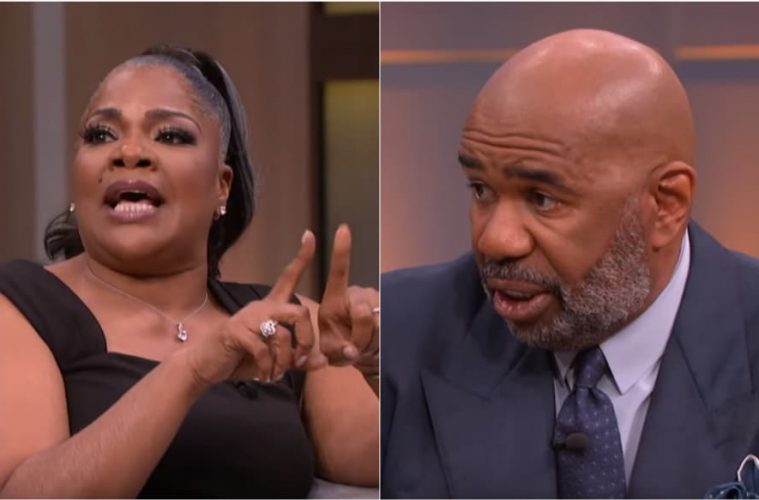 Comedians Mo’Nique and Steve Harvey got into a heated discussion on his talk show Steve Wednesday over her blackballing in Hollywood and the repercussions over her tactics.

Mo’Nique has long claimed that her career suffered because she refused to do promotion for the movie Precious that did not involve being paid and campaign for awards. The starring role won her the Oscar for Lead Actress in 2010 but was soon labeled “difficult”. She repeated those assertions while on air.

Mo’Nique also said that saying “no” to Oprah Winfrey, Tyler Perry and Lee Daniels also contributed to her career woes and reputation. Furthermore, Mo’Nique stated that many Black celebrities supported her privately but would not do so publicly. She felt hurt by the actions, especially since Harvey and others agreed she had done nothing wrong.

“Each one of you said to me, ‘Mo’Nique, you’re not wrong,’” the actress said. “And when I heard you go on the air and say, ‘My sister burned too many bridges, and it’s nothing I can do for her now,’ Steve, do you know how hurt I was?”

For his part, the talk show host said he simply disagreed with her methods. He mentioned how Mo’Nique had made the vulgar suggestion that the Black titans suck on her private parts during a comedy show. Mo’Nique insisted she did not regret that moment.

“I felt you had done yourself a disservice by the way you chose to go about it,” he said.

Harvey maintained that Black people and celebrities needed to conduct their dealings in a more diplomatic manner. He said that Mo’Nique never gave people a point of action when it came to her Netflix boycott and that it was ultimately “rich people’s problems”.

“What I would have loved, what I would have appreciated from my brother, was had you picked up the phone before you went on the air and said Mo’Nique you’ve burned too many bridges and there’s nothing I can do.  See, I would’ve appreciated had my brother called me up and said ‘Baby, let’s talk’ because you doing that was a part of me being difficult,” she said.

The Think Like A Man author insisted he could not be too righteous when it came to providing for his family.

“When you tell the truth, you have to deal with the repercussions of the truth. We Black out here. We can’t do it any type of way we want to,” he said.

Harvey felt Mo’Nique should not sacrifice her earnings to prove a point. He said the best thing she could do for poor people was not to become poor herself and that integrity should not be absolute.

“If I crumble, my children crumble. My grandchildren crumble. I cannot , for the sake of my integrity, stand up here and levet everybody that’s counting on me crumble so I can make a statement. There are ways to win the war in a different way,” he said.