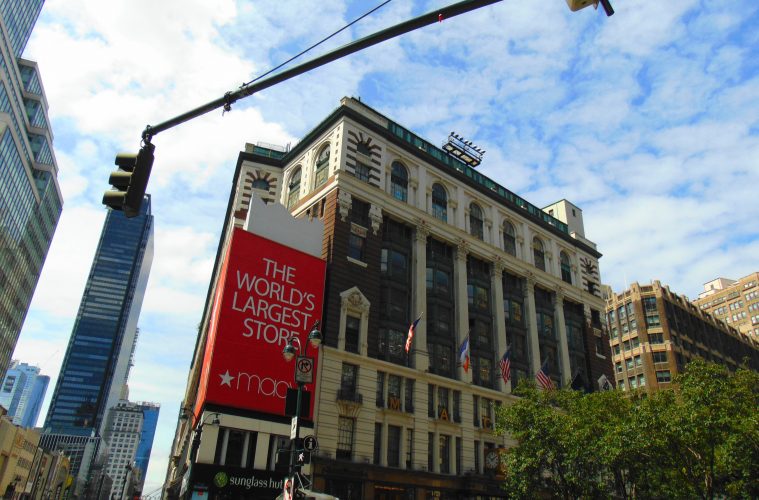 Macys Lawsuit was served to the organization because they potentially discriminate Black and Latino job candidates with a minor conviction.

Jenetta Rolfer was a Macy’s employee until the company made the decision to revoke her offer of employment.

Now, Rolfer and The Fortune Society, a nonprofit for people with criminal histories seeking employment, are two plaintiffs in the same lawsuit against Macy’s.

Fortune Society’s class-action lawsuit, which includes Rolfer, alleges the company has two violations. Macy’s has allegedly violated the Civil Rights Act of 1964. Most familiar with the process would refer to this as a Title VII violation.

Macy’s is also accused of violating the New York City Human Rights Law (NYCHRL), according to the group.

The nonprofit firm is based in Long Island City, Queens.

Rolfer, who’s from St. Paul, Minnesota, but fired at a Macy’s based in Clearwater, FL, was a credit granting representative.

She was fired because of a third-party consumer reporting agency detected she had a criminal past.

Allegedly, Macy’s found out Rolfer had a misdemeanor conviction for public nuisance stemming from a 10-year-old, traffic-related incident.

Rolfer is presenting allegation under the federal law Fair Credit Reporting Act (FCRA), which is a procedural offense on Macy’s part.

“I was excited to work for Macy’s, Rolfer said via the NAACP.  “I was qualified and had the experience to do the job well. I was devastated to be fired over information in my background check that is unrelated to my ability to be a productive employee.”

Cheryl-Lyn Bentley is an attorney at Outten & Golden, representing both Rolfer and the Fortune Society.

Rolfer has filed a complaint with the Equal Employment Opportunity Commissions (EEOC) against Macy’s.

The omission of her documents before her termination is a violation under the EEOC.

Since 2012, EEOC guideline states employers must follow a specific rule in consideration of candidates with criminal histories.

One of the considerations states that Blacks and Hispanics are disproportionately incarcerated.

When employers are making seemingly neutral practices, they have to factor in certain people of color are unfairly treated in the criminal justice system.

Why This Is Wrong

A genuine background check and any other factors determining a person’s criminal history should only be considered on the basis of the person affecting others while on the job.

“Ms. Rolfer already held the position at Macy’s. Macy’s thought she was a qualified candidate for the position,” Bentley said. “The background check was insufficient. It was a conviction stemming from a traffic violation.”

In addition to firing her for a traffic violation, Macy’s didn’t consider when it took place.

Macy’s is required by NYCHRL to consider this was a traffic violation 10 years ago for being a nuisance.

“Under New York City Human Rights Law, it specifies that for an employer can deny individual employees based on their records,” Bentley said. “The employer must show that there’s a direct relationship between the criminal offense and the employment of the person.”

If there was no business-related justification to terminate Rolfer, Macy’s would have to pay her.

What Rolfer Can Expect?

Under the FCRA statue, each violation is worth to be around $100 to $1000 fine. As of now, Rolfer has two easy-to-recognize violations.

Fortune Society wants to hold Macy’s accordable for its alleded mistreatment of Blacks and Hispanics.

What Macy’s Has To Say?

Macy’s hasn’t responded to the ongoing lawsuits, and Nu Origins has made several attempts to contact the company.