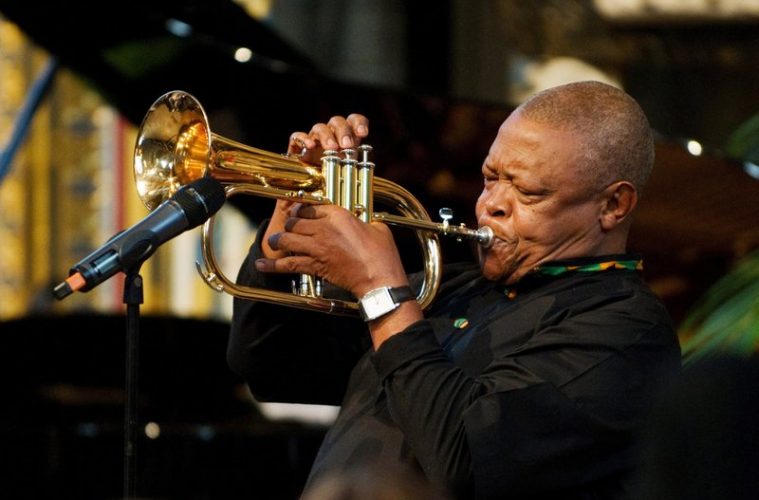 South African jazz legend and anti-apartheid activist, Hugh Masekela, has died after a decade-long battle with cancer. He was 78.

Often described as the “Father of South African jazz,” Masekela died in Johannesburg yesterday morning from what his family stated was a “protracted and courageous battle with prostate cancer,” according to a press release from the Associated Press.

Masekela was well-known for fusing politics into his music and performances, making them compelling and timeless. 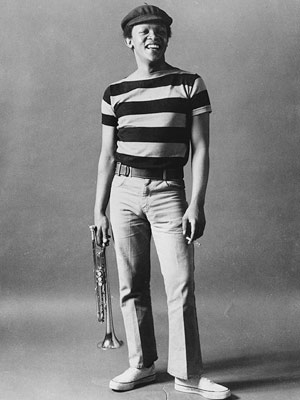 Masekela was born on April 3, 1939, in the KwaGupa township of Wilbank, South Africa. Born into a musical household, he started playing trumpet at the tender age of 14 after seeing the film “Young Man with a Horn.” He quickly became an integral part of the 1950s jazz scene in Johannesburg as a member of the band the Jazz Epistles and the groundbreaking orchestra “King Kong.”

According to conflicting reports, Masekela either left for or was exiled to the United Kingdom and the United States after the Sharpeville Massacre—where 69 protestors were shot dead in the township of Sharpeville, South Africa in the 1960s.

Using his music to spread awareness on apartheid and white-minority rule in Africa, he scored his first international hit in 1968 with “Grazing in the Grass”.

Masekela has performed with iconic musicians Janis Joplin, Otis Redding, and Jimi Hendrix. He has also collaborated with many musicians including Herb Alpert. He married South African singer and activist, Miriam Makeba in 1964, who he divorced two years later.

Masekela’s music focused on the fight against apartheid and the struggle for majority rule and full democratic rights in South Africa. His 1987 song “Bring Him Back Home” became the international anthem for the anti-apartheid movement, demanding for Nelson Mandela’ release from prison.

After Mandela’s release and the sanction of the National African Congress party, Masekela returned to Africa in the 1990s where he released 40 more albums and toured in South Africa and internationally until late last year.

“It’s difficult to comprehend that this moment is real,” said Sal Masekela, Masekela’s son, in a statement as he recalled his father’s performances in New York when he would, “steal the hearts and souls of innocents with a musical storytelling all his own.”

“My biggest obsession is to show African’s and the world who the people of Africa really are,” Hugh Masekela said via his official website.

In October of last year, Masekela released a statement that he had been fighting prostate cancer since 2008 and would be canceling prior commitments to focus on his health. He began treatment after doctors found a “small speck” on his bladder, and had surgery in March 2016 after the cancer had spread.

Masekela also said he experienced eye problems after a fall in April in Morocco where he sprained his shoulder. Another tumor was discovered and had surgery.

“I’m in a good space, as I battle this stealthy disease, and I urge all men to have regular test to check your own condition,” he said in a statement, asking the media for privacy. 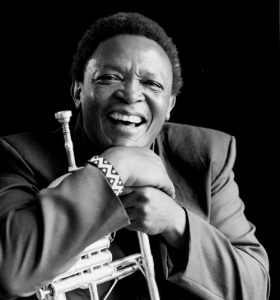 Masekela supported many charities and was a director of the Lunchbox Fund, a non-profit organization to provide daily meals to students in Soweto township.

Condolences from fans poured out Tuesday on social media paying tribute to the influential musician’s career.

“A baobab tree has fallen,” Nathi Mthethwa, South Africa’s minister for arts and culture, wrote on Twitter. “The nation has lost a one of a kind musician. We can safely say Bra Hugh was one of the great architects of Afro-Jazz and he uplifted the soul of our nation through his timeless music.”

South African President Jacob Zuma expressed his condolences, saying Masekela “kept the torch of freedom alive globally, fighting apartheid through his music and mobilizing international support … His contribution to the struggle for liberation will never be forgotten.”