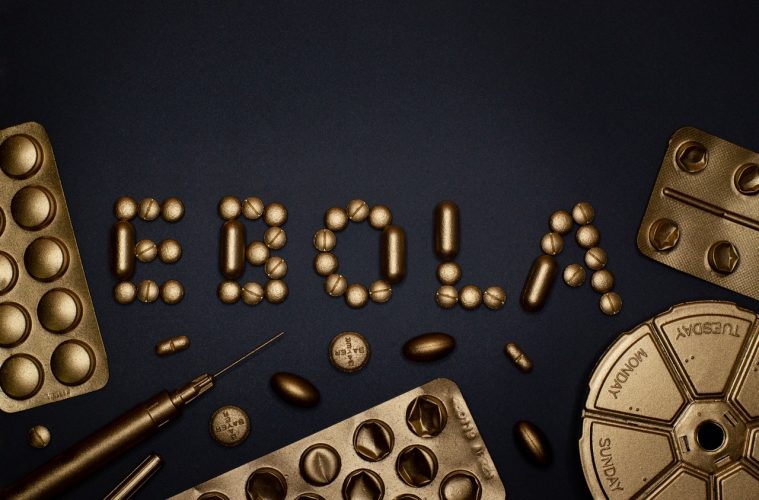 In 2014 an Ebola outbreak – the worst of its kind to date – swept across several countries in West Africa and even into the continents of Europe and the United States. Even though the Ebola outbreak of 2014 was highly mismanaged, some of the mistakes that were made can give the world a clearer image of what improvements can be made to handle COVID-19.

The counter-measures applied to manage the amount of thos sickened with COVID-19 were much the same as with Ebola. Isolating the sick was a primary measure taken to prevent any further human-to-human spread of the disease. However, in most of the African countries affected by Ebola in 2014,Guinea, Sierra Leone, and Liberia ,this was managed poorly from the outset.

Some that suspected they were infected with Ebola did not notify the authorities out of fear of the stigma attached to be infected with this frightening disease. Some did not report illness out of general fear or mistrust of their own government. According to Human Rights Watch, “governments have an absolute obligation to ensure access to food, water, and healthcare,” particularly when there is a state-mandated quarantine.

In the three countries most impacted by Ebola in 2014, areas as small as individual homes and as large as entire administrative districts were subjected to mandatory quarantines. However, in these countries there was an almost complete breakdown in healthcare, infrastructure, and governance.

Poor or disorganized containment measures created a recipe for disaster and unlike a number of Ebola outbreaks in the past, the disease spread beyond the rural areas of West Africa into major urban areas. The number of Ebola cases skyrocketed and an already overstretched pool of healthcare workers and vital resources reached a breaking point.

Many who were visibly ill had to be turned away from healthcare centers. A March 2020 article in the New England Journal of Medicine (NEJM) noted that problems like these arose in times of crisis “because we fail to learn lessons and dedicate the funding and planning efforts required.”

With the breakdown in services, economy, and healthcare, people in the three majorly impacted countries became disgruntled  with their local, regional, and national governments. Some believed that the outbreak was a hoax.

The BBC reported in 2015, “Suspicion is still rife in some communities and many simply do not trust their government.” The fact that even a segment of a population that could harbor such resentment, highlights the ineffective measures that were taken by these governments to keep their people informed and disseminate information in time of crisis.

As we are beginning to understand with COVID-19, disseminating constant and accurate information to people is not only an obligation of local, regional, and federal governments, but the practice is paramount to preventing the spread of the disease. The NEJM article, authored by Drs. John Hick and Paul Biddinger, also noted that “the pandemic is a long term dynamic event that will require nearly constant proactive strategy development and problem solving.”

During the 2014 Ebola outbreak approximately 28,000 cases were reported across West africa and parts of Europe and the United States, of which nearly 12,000 people died from the disease. Although Ebola is a highly infectious and deadly disease, these number dwarfed previous outbreaks of the virus.

It is possible to suggest, accompanying the abject poverty of the three West African countries involved, a lack of trust among these countries’ populations may have contributed to the death tolls far exceeding previous outbreaks of this kind. Several factors, including level of mistrust and breakdown of basic governance, were highlighted in an assessment conducted by the Journal of Research in Medical Sciences (JRMS) regarding the unusually high fatality rate of the 2014 Ebola outbreak.

Basic educational information regarding measures that could have been taken to guard against the spread of the virus, were not being distributed to the people most affected by the virus. As with the coronavirus, basic hygienic measures such as properly washing hands or using disinfectants would have been a standard way to prevent the human to human spread of Ebola in 2014.

Remarkably, these fundamental practices were not being used. According to the report, “non-compliance to appropriate preventive measures” was sighted as a contributing factor to the spread of the virus. Other issues sighted by the study yielded that despite the CDC successfully training thousands to assist doctors in a healthcare capacity,  these healthcare workers had no specific roles, which further created confusion and shortages in care.

Mankind’s resilience relies heavily upon his or her’s ability to understand past errors and find new pathways to improve the future. Some vital tips can be drawn from the last highly publicized epidemic that occurred in West Africa. Sometimes there is no better way to reflect upon the present than to look at the past for mistakes that were made and for ways they can be corrected.

In 1348 the bubonic plague, historically known as the Black Death, ravaged through the townships and countrysides of Europe. It claimed the lives of nearly a third of the continent’s people, killing approximately 28 million men, women and children.

Across boundaries, across borders, from kingdom to village, no one was spared the horror of this wretched disease. In his book, “In the Wake of the Black Plague,” Norman J. Cantor wrote, “The epidemic waves caused terror and pessimism in a society with little true scientific knowledge.”

But, these are the primary reasons why they strike so much fear, defenselessness, and uncertainty in so many. Cantor further wrote, “The Black Death was the trauma that liberated the new.” And what was true then will likely be true now.

And though COVID-19 is not nearly as deadly as the Black Plague, for many whom have been touched in some way by the coronavirus, it will take more than a mere differential in numbers and several centuries of medical advancements to completely alleviate the fear and anxiety of possibly falling prey to an invisible foe.

Those that inhabited medieval Europe in the 14th century indeed stared down the great, dank precipice of the abyss.Though there have been a number of epidemics and even pandemics before and since the bubonic plague of 14th century Europe, there is still one common denominator that accompanies all viral events – fear. The virus is an enemy most do not understand and it is one invisible to the naked eye.

Time will only tell whether we have learned from our past mistakes and whether we will, above all else, be prepared for the next inevitable pandemic. As we have learned from the Black Plague and 2014 Ebola outbreak, lack of trust in government, mismanagement of resources and healthcare systems, along with improper dissemination of information can kill every bit as quickly, possibly even more so, than any virus known to science.