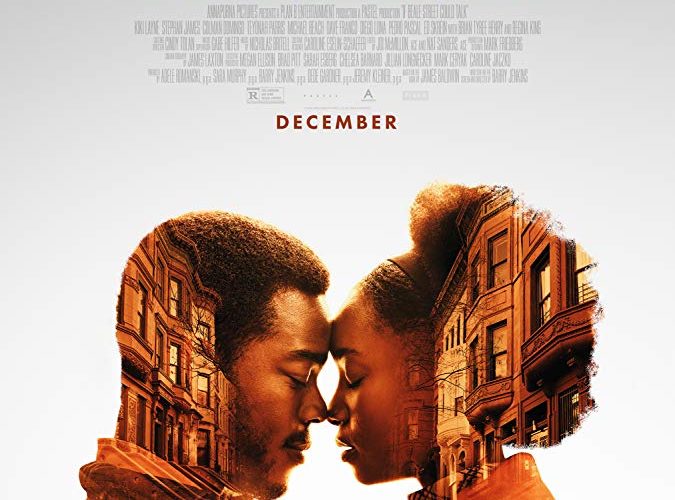 “I hope no one would have to experience loving someone through glass” is one of the first lines said in the masterpiece ‘If Beale Street Could Talk’, now nominated for three Academy Awards. The first scene opens with an excerpt from the similarly titled book written by the memorable James Baldwin. When the movie was being promoted before its release, most people did not know what the film was about or that it was an adaptation of the book written by Baldwin.

Baldwin’s work is exalted through the vision of film director, Barry Jenkins. His previous movie, ‘Moonlight’, won an Academy Award for Best Motion Picture and he continues to express black stories by taking this beautifully written piece and painting it across the screen for viewers to witness.

The story is about a young couple in love and how despite the world they are forced to live in, new life is created. It is about the duties families have to ensure the future of their children, overall illustrating how love will always prevail. It’s about the meaning of children and how they are a continuation of our world, even if time stops for us. We witness this when the lovers of the film go through certain events that hinder them from being together. Although their plans for a future together come to a halt, a new child is on the way and therefore continues on as a symbol of their love. There should be no spoilers because everyone should watch it. This film is the utmost movement of art and poetry. You will fall in love.

‘If Beale Street Could Talk’  is centered around its main characters Tish, played by upcoming actress Kiki Layne, and Fonny, played by Stephen James. These two actors, whether awarded or not, should be commended for their exceptional performance of what real and innocent love looks like. Jenkins artistry is phenomenal, he makes even the most mundane of scenes breathtaking.

In the first scene, Tish and Fonny are seen walking and Jenkins is able to captivate viewers through the shot and matching colors, the costumes for this film were gracefully done, creating beautiful color statements and accentuating each shot. We see Fonny and Tish look at each other, through Jenkins use of close-ups the audience is able to feel the intensity of their feelings for each other. That is when we hear the first line, “You ready for this?” After this, viewers are sent on a journey of riding through the emotions of the story.

Viewers experience the strength of black families as they witness the support of Tish’s family. The Rivers family fought furiously for each other and for the future of Tish and Fonny, exhorting one another to not be ashamed, and paving the way for future generations. In a powerful scene, we hear Tish’s father, Mr. Rivers (Coleman Domingo), and Fonny’s father, Frank (Michael Beach), speak about their children and the burdensome world they live in. They conclude their talk with the line, “these are our children, and we got to set them free.”

Regina King, who is nominated for Best Supporting Actress at the Academy Awards and recently won a Golden Globe for Best Supporting Actress in a Motion Picture, plays Tish’s mother, Sharon. Her performance exemplifies the peak of a mother going all the way for her children in a scene led by a beautiful music score, which has also been nominated for an Oscar for Best Original Score. By the time the scene is over, the movie will have left you in such a high state of emotion that when you get to Fonny sculpting, you will be crying.

Through scenes of confessions and smoke sessions, bubble baths and sculptures, dreams and the haunted looks of the unspeakable mistreatment black men endure, we are able to witness how oppression can come when people are simply trying to love each other. Ultimately, illustrating the reality of living while black in America. From face to face talks, to talk through  screens, Jenkins keeps viewers hanging hope of Tish and Fonny until the last scene. The look between the two. The hope. . It was all there till the end.