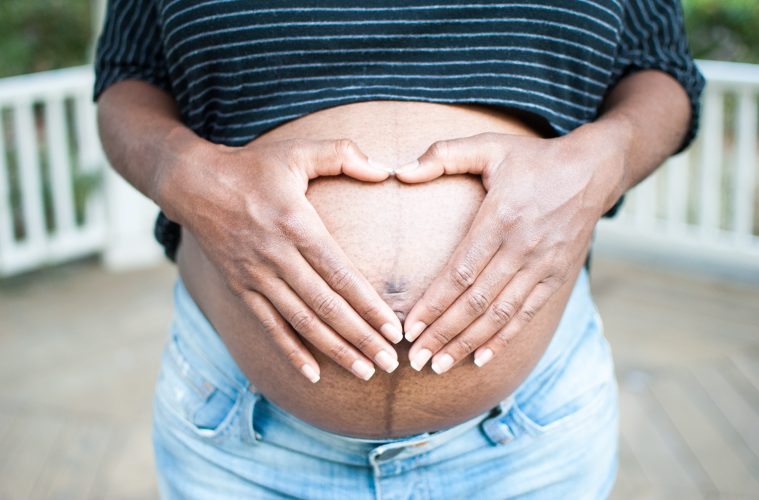 Delivery Rooms to Morgues: Black Women and their Dying Babies

Black children were once U.S. currency, domestically bought and sold from enslaved women who were used to procreate. What was once a profitable industry, buying and selling black children has now become destitute and drastic actions are being taken to negate a growing black population. Delivery rooms have become fearful breeding grounds where black mothers don’t know whether or not they will make it out alive.

It is still a commonly held belief that black people have a higher tolerance for pain than that of other races. In 2009, Pearson, a popular publishing company, published the controversial nursing textbook titled ‘Nursing: A Concept-Based Approach to Learning, Volume I.’  The book stated, “Blacks often report higher pain intensity than other cultures,” and some medical professionals such as Simone Landrum’s OBGYN, are acquiescing to the thought that black people’s pain is illegitimate. Landrum, a 23-year old black mother experienced a miscarriage after her frequent pains were ignored. If Landrum was initially listened to, her child Harmony would be two-years-old. This palpable pain is often thought of as an over exaggeration and does in instances lead to the demise of black patients.

Black women and their children, once large sources of revenue in the United States, have become a nuisance. An unspoken genocide is taking place in hospitals and no one is holding doctors accountable for their actions. Completely preventable and treatable illnesses such as pre-eclampsia and eclampsia are 60 percent more common in African American women. Pregnancy and childbirth have become a war-like waiting game for black women and their babies.

According to the Centers for Disease Control (CDC), the “risk of pregnancy-related deaths for black women is 3 to 4 times higher than those of white women.” This statistic is not very shocking considering that the United States ranks 32 out of the 35 in infant mortality on the list of the wealthiest nations in the world. The CDC reported that black infants born in the United States are twice as likely to die than white infants. 11.9 black infants out of 1,000 will die compared to of 4.9 out of 1,000 white infants.

Critics far and wide have blamed black infant and maternal mortality rate on issues of poverty, lack of education, poor lifestyle choices, genetics, and inadequate healthcare when that is not the case. The American College of Obstetricians and Gynecologists found “projections suggest that people of color will represent most of the U.S. population by 2050, and yet significant racial and ethnic disparities persist in women’s health and health care.” The very organization responsible for the health of women has admitted the racial biases some of their own members may have.

Doctors Cynthia Ferré, William Callaghan, Christine Olson, Andrea Sharma, and Wanda Barfield conducted research for the CDC in 1992 and discovered that black parents who had degrees were still twice more likely to suffer from infant mortality than that of two degree holding white parents. The study also concluded that black women that were college educated with suitable healthcare were more likely to lose their babies than white women with poor healthcare and an eighth-grade education. Ruling out the possibility that education and healthcare are the problems.

So if not education and healthcare, then what? Could it be genetic? The same researchers conducted a new study in 2002 looking into the role genetics play in black infant mortality. They found that immigrant black women who came to the United States had generally healthy babies. However, within one to two generations, a significant decrease in infant weight began and black babies of Caribbean descent were now being born lighter. The reverse was the situation for white immigrants. White first-generation immigrant children were born generally healthy and within one to two generations the babies became heavier.

When the answers to black infant mortality were not found to be caused by education, healthcare, or genetics. Researchers began blaming pregnancy related issues on lifestyle choices. However, in 1997 the American Journal of Public Health discovered that black women were less likely to drink and smoke during their pregnancies. Black and white teenage pregnancy rates, according to the CDC are only at a one percent difference. The same researchers who found racial disparities in pregnancies would later find these mortality rates could have potentially been due to discrimination related stress, also known as “weathering”. Weathering essentially means what you would think, stress among black women is so consequential that it begins affecting their health. Years and years of racial and sex-based discrimination began deteriorating black female health.

The United States has been taking notes on race and infant mortality since 1850 and this racial disparity seems to be growing significantly. During that year there was only a 0.6 percent gap in infant mortality rates between black and white women versus a 12.3 percent difference today. In 2016, 14 percent of black women were subjected to preterm births compared to a nine percent rate in white women. A staggering 50 percent difference.

Even famous people are not exempt from this epidemic,  following the birth of her daughter, new mother and tennis champion Serena Williams as blatantly ignored and it almost resulted in her losing her life.  In an interview with Vogue Magazine, early this year in January Williams got candid regarding her horror story. Last year after her cesarean section she began having trouble breathing. Williams left her hospital room to not alarm her mother and alerted the nearest nurse, requesting a CT scan and blood thinners, which she was denied. The nurse believed Williams was disoriented due to her pain medication but as it turns out, Williams was right. Several small blood clots were found in her lungs and she was immediately medicated.

“I was like, listen to Dr. Williams!” she jokingly told interviewer Rob Haskell.

Black women are dying while an entire country stands idly by. Which is almost like history repeating itself because black female slaves, four to be exact, are the reason we have present-day gynecology. Dozens of surgical experiments were conducted on enslaved women during the mid 19th century and often without anesthesia. Dr. J. Marion Sims conducted these experiments and believed black women did not feel pain in the same way white women did and would often force other slave women to hold down the tortured patient while he performed various surgeries. Three of the four enslaved women Dr. Sims experimented on were recently identified as Lucy, Anarcha, and Betsey. All four women were very young and the first woman experimented on was 18-year-old Lucy. Dr. Sims experimental surgeries conducted on Lucy left her disabled and unable to control her own bladder. Dr. Sims referred to himself as the “Father of Modern Gynecology” and most of his findings such as the speculum, are still being used today.