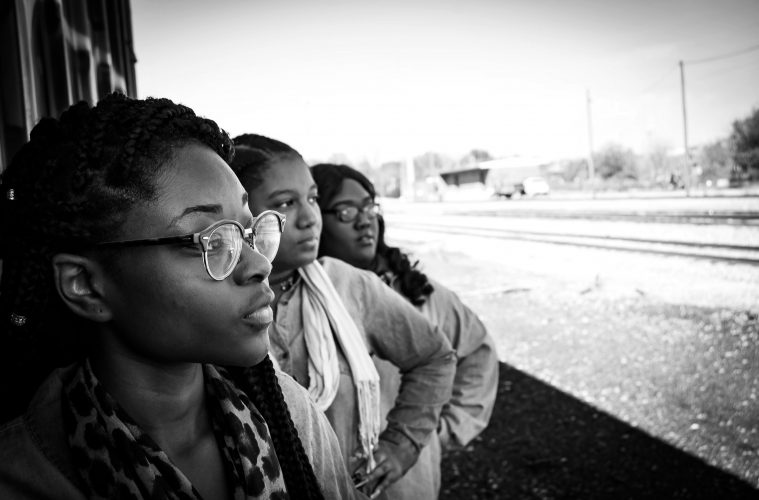 I am a black woman that has been in predominantly white institutions my entire life.  This means that I have gotten very good at biting my tongue.

A racist joke, an ignorant comment, a close minded ideology – I learned to purse my lips together at these words before I fully understood their depth.

Keeping my mouth shut allowed the white people around me to stay in a comfortable bubble of ignorance and delusion while I was left alone with my thoughts to burden me. Hours after someone would tug at my natural hair, or make a racist joke to my face, I would still be sitting with a feeling of discomfort, thinking about alternatives to my silence and what these alternatives could be.

What  if I explained why what they said made me uncomfortable or how it makes me feel about them?

What would they think of me  if I say something?

Will this change their perception of me? Will they be mad?

Should I be hanging out with these people at all?

These are the questions that adolescent me asked every time my otherness was singled out by friends, classmates, teachers and more. I was too young  to really understand but old enough to know it was because I was different.

What about the black women who find themselves in professional work environments? It’s about more than questioning who you should be playing with at recess.

These comments come from colleges, partners and bosses that you must retain a relationship with for the sake of the company, business, etc.

A few months ago there was a Twitter video that showed a black woman standing in the lobby of some office while her white coworkers circled around her gawking, touching, and pulling on her 4C hair. She stood in the middle of the group with her hands clasped together in front of her,  silently nodding and smiling as they made all sorts of gestures and comments.

The person who posted the video (another black woman) stated that the black woman in the video was her coworker who usually wears protective hairstyles, so the office never saw her natural hair. What’s happening in the video is the result of them seeing her hair for the first time.

This video went viral on the app. As much as black twitter jumped to say what they would have done in her situation and why, many questioned why the black woman just stood there instead of pushing their hands away or walking away from them.

They mentioned that they would never let white people treat them like that and all the things they would have said or done to make them stop.

Others came to her defense asking the people in the comments what they expected her to do. Some black women acknowledged that we have to consider how our actions are going to be perceived by our non-black peers.

It’s not easy to tell people to stop touching you or to back away from you when you’re carrying the angry black woman trope on your back. So when is the correct time to say something?

When is saying something worth it? When are you no longer concerned about the stereotypes?

I spoke to a few young black women who shared their personal experiences with confronting ignorance and racism. Destiny,22, believes we should be mindful of the way we approach things for the sake of other black professionals.

“It is not our job to educate our colleagues. However, we must remember that we are paving the way for the next generation of black professionals,” Destiny says. “When I correct someone it is with the intention that they take that newly found knowledge and share it so that the next black woman or man will not have to endure the same embarrassment I have.”

Jade, 23, explains the difficulty in speaking up-even when places claim to be liberal.

“It’s hard because you want to speak up but then that’s when they start to look at you different or even discredit you. And I feel it even more in spaces that claim to be liberal,” Jade says. “It’s like they feel this major offense when people finally speak up about an act or a comment of racism. And instead of owning up to being wrong or just pure ignorance, they start to get defensive.”

There is a burden that comes with having to hold all of this in.

“You can’t argue against it without adding to your own stereotypes. I feel a burden from this because I do see myself as someone who is more reserved when it comes to these matters and I feel pressure from people on my side to speak up,” she adds. “But then I don’t want the fight that comes with explaining what’s wrong to people on the other side as now they have a different perception of me off of that conversation.”

Cassandra, 22, wishes she spoke up more when she was younger.
“I wish I spoke up more when I was younger but at that age I was so naive unfortunately. I wouldn’t notice micro aggressions until I thought about them later and it would eat me up inside,”  Cassandra says. “Now that I’m older I’m learning that being black in America means you are always on protective mode. So when someone says or does anything offensive I’m always going to say something or be in attack mode.”
These days, she has a completely different outlook about things.
“Being black puts a target on my back no matter what I do so I might as well say something when it happens and worry about the consequences later or never really,”she says. “In the back of my mind I would like to stay docile or shy about a problem but what good will it do for me or anyone else like me.”
Chelsey, 22, has had to deal with experiences when people touch her hair.
“I was working in the study abroad office of my college when one day this white man saw my fro, touched it, then asked if he could touch my hair after. I felt so uncomfortable, but didn’t say anything because I didn’t want to be considered the angry black woman who is making a big deal about something ‘minor’ when in reality there’s plenty of women that have hair that look exactly like mine in NYC,”  she said. “When you’re working in a space that’s predominantly white and nobody has the same hair as you, it’s very difficult to explain to others ‘why’ you don’t want someone touching your hair. Some people really won’t understand your experiences unless they’re actually in your shoes. My hair has always been a big part of who I am & it’s a big deal if anyone touches my hair regardless of the style.”
The answer to these questions may vary for every black girl or woman that is put in these impossible situations, but I believe we are getting to a point in society where holding our tongues no longer feels like an option. We are no longer concerned about protecting the feelings of people who never bother to consider ours.