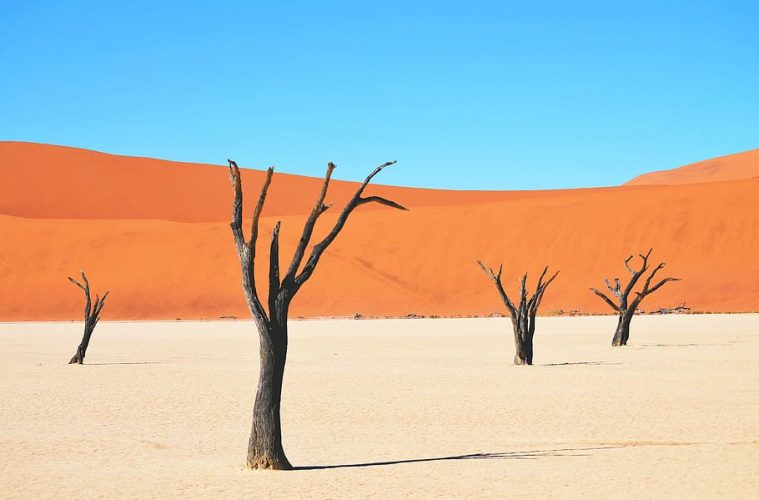 Climate Change In Africa: The Future Is Here, We Need To Save It

Climate change is currently on the minds of millions across the world as leaders start to pay more attention to this unwavering crisis .

Young people have united across the world and demanded that leaders finally address  years of damage done to the environment by first world countries and multinational corporations. When discussing what to do about the earth’s rising temperature people tend to frame the discussion in futuristic terms.

Young people speak about protecting their future and leaders discuss plans for the upcoming years and decades. Climate change is being regarded as an obstacle of the future, something we can prevent from causing damage if we do something right now.

In a short video recently released by the World Economic Forum, a young woman from Chad named Hindou Oumarou Ibrahim, a Mbororo pastoralist and President of the Association for Indigenous Women and Peoples of Chad, describes her country’s current predicament at the hands of climate change. In this desert country, millions of people depend on Lake Chad and its resources.

40 million people depend on a lake that has 90% vanished.
pic.twitter.com/enTB6MchZS

However in past years, 90 percent of the lake has disappeared. This has greatly impacted the communities, as men leave for the city in search of work and women are forced to take on the role of both parents in steadily deteriorating conditions.

If we are going to push our world leaders to make plans to save the future we’re all dreaming about, it is important that we pay just as much attention to the present, the countries and people who are experiencing the future we fear. When Australia was on fire, everyone in the world was talking about how sad the damage was and how climate change will affect life as we know it.

So why aren’t we talking about Africa?

In the past few weeks, the locust problem in African countries such as Ethiopia and Kenya has surged to a full on crisis. Billions of the bugs are swarming across the land, destroying their crops and livestock.

The locusts are a result of an unseasonable rain driven by climate change in the Indian Ocean. The United Nations reported that $76 million is needed immediately or the locusts may cause irreparable damage.

Just like Chad, climate change is affecting the country of Ethiopia drastically. While people were quick to retweet and share pictures of Australia and celebrities whipped out their checkbooks to donate, Ethiopia and the UN are struggling to secure the money needed to fight the locusts.

How is it that Amazon CEO Jeff Bezos recently announced that he is putting $10 billion towards fighting climate change even though his company is considered one of the biggest contributors, yet African countries struggle to find funds to fix the same problem?

We’re seeing history is repeating itself, as Africa is once again left alone to handle the consequences of actions taken by “superior” countries. We can not allow first world nations to allocate money and make plans for climate change without forcing them to take responsibility for what years of ignoring the problem has done to the continent of Africa.

The climate crisis is affecting the lives of millions at this very moment. Let’s do something about it.