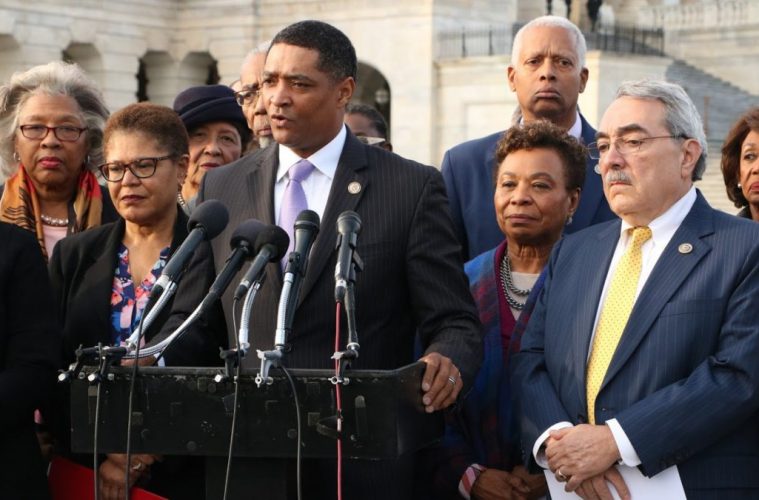 The National Association of Black Journalists announced Tuesday that the Congressional Black Caucus was joining their efforts to bring diversity to CNN.

Earlier this month, NABJ released a statement in which CNN was taken to task for their lack of inclusion and diversity in their corporate offices as there were no Black executives. The network was placed on “special media monitoring list” and a civil rights audition requested into company’s hiring, promotion and compensation process with Black employees.

The NAACP, NNPA, Color of Change and Alpha Phi Alpha Fraternity, Inc. have showed their support and CBC is now the latest group to rally behind the cause.

“The CBC stands firmly with NABJ and asks that CNN implement policies that allow African Americans to obtain equal representation within the newsroom,” Karen Bass, chairwoman of the institute, said in a statement on NABJ’s website. “A newsroom that looks as diverse as America has the ability to raise awareness about issues impacting black and brown communities across the nation.”

The statement continued with the CBC insisting that diversity was needed in media to ensure that core values were represented.

“CNN’s lack of black representation among its leadership positions is truly troubling and must be addressed. It is through diversity at all levels of any company that we are truly able to thrive and our media must be committed to the core American values of inclusiveness and diversity.”

CNN has maintained that it will not meet with the NABJ as long as Roland Martin, NABJ’s Vice President-Digital, is involved in the process. The company claimed that Martin, who used to be an employee, leaked questions during a town hall and displayed a lack of integrity.

“We have told NABJ that CNN will not participate in any meeting that includes him. We have made it abundantly clear that we would be more than happy to sit down with the rest of their leadership team as soon as possible, and that offer still stands,” the statement read.