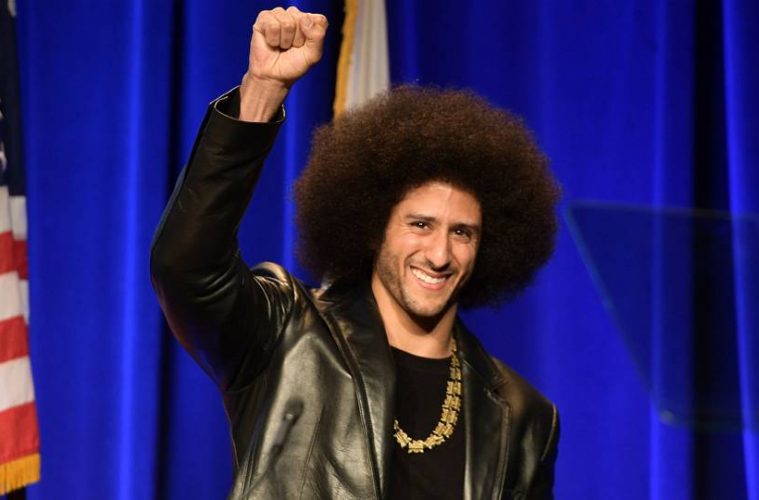 Colin Kaepernick Nears The End of His Million Dollar Pledge

Colin Kaepernick’s pledge will come to a near end when he announced on Wednesday that he would spread the final $100,000 to 10 organizations within 10 days after having successfully distributed $930,000.

The former 49ers quarterback announced that he would name 10 beneficiaries in the next 10 days said Essence.com. Stephen Curry, Kevin Durant, and Jesse Williams are some of a few celebrities who have matched Kaepernick’s $10,000 donation to some of the chosen organizations this year.

For the last round of my #MillionDollarPledge I’m going #10for10! My brother @KDTrey5 is joining & chose DeBug in the Bay Area! I’m donating $10k, KD’s donating $10k! Thank you brother for all the hard work! See it on https://t.co/xr8M9wiOiq & check tomorrow to see who’s joining! pic.twitter.com/G4Ltvcv4rb

One of the first charity donations announced was Silicon Valley De-Bug, a multi-media organization dedicated to benefitting youth, immigrants, and low-wage workers based in San Jose, California. the political, cultural and social impacts within Silicon Valley’s diverse communities. Other charities include United Playaz, an organization for youth development and violence prevention and The Advancement Project, a multi-racial right company founded by veteran civil rights lawyers for inclusive and just democracy, all who have received donations from Curry and Williams, respectively.

“It takes the Hood to save the Hood” – @united_playaz Continue to do good work in the Bay Area & beyond! Thank you for your 20+ years of contributions to our community! So glad @stephencurry30 nominated you! See the details on https://t.co/xr8M9wiOiq #MillionDollarPledge #10for10 pic.twitter.com/AEH1m2h1jX

Colin Kaepernick began his million dollar pledge in October 2016, where he promised to donate his $1 million salary and earnings from his jersey sale to a select group of organizations dedicated to the fight against oppression and social activism.Kaepernick first announced his $1 million pledge in 2016 when he began kneeling for the National Anthem in protest of police brutality.

He has since donated money to more than 30 charities, according to ESPN.