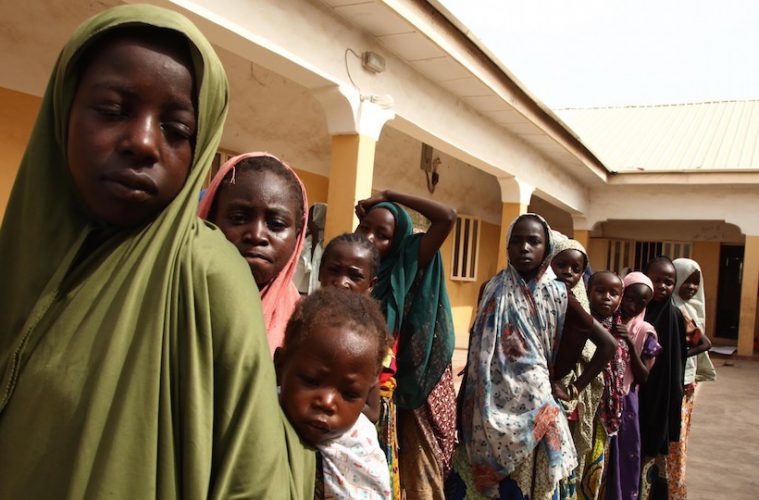 Nigeria rescued 76 schoolgirls and recovered the bodies of two others from a Boko Haram attack on Wednesday after initially denying reports of any kidnappings by the Boko Haram.

Babagama Umar, one of the parents of the rescued girls, and other residents said the rescued girls were returned to Dapchi village later that evening. 13 students are still missing, and the two young girls cause of death is still undetermined.

“Everybody is celebrating their coming with songs and praises to God Almighty,” said Umar, “The only sad news is that two girls were dead and no explanation.

The Boko Haram attacked Dapchi village on Monday evening, where approximately 50 girls went missing according to the Associated Press. The town is home to a boarding school.

According to the Grio, the community is celebrating the girls return, but many of them are still traumatized.

One of the young girls who attend the school, Aishatu Abdullahi, said she escaped and hid in an abandoned house overnight.

“They were shooting guns and everyone was confused. Then we started running all confused,” she told reporters. “We saw some people pushing some of the students to enter their vehicles.”

Multiple outlets report that Nigerian officials, at first, denied reports of any kidnappings but they eventually released a statement confirming some of the students have been rescued.  According to Reuters, Nigerian authorities often deny or downplay such incidents, including the Chibok girl kidnapping and more recent abductions, as well as the scale of Boko Haram attacks in the northeast.