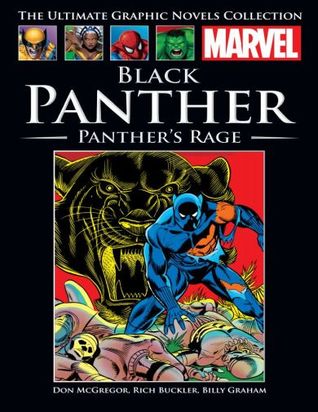 5 Facts About Black Panther That You Should Know

With Marvel’s Black Panther making history and breaking records worldwide here are a few comic book facts you may not have known about one about this fantastic Wakandan warrior. Here are 5 Facts about Black Panther that you should know.

Created by legendary comic book duo writer Stan Lee and artist Jack Kirby, Black Panther premiered in Fantastic Four issue number 52 in July 1966—during the Silver Age of comics—as the first black superhero to appear in mainstream comics. He was also the first black superhero with actual superpowers and paved the way for other heroes like Falcon, Luke Cage a.k.a Power Man and Green Lantern John Stewart.

It was a long-held fan theory the name Black Panther referenced or was inspired by the famous revolutionary socialist group of the same name; however, that was not the case. Co-creator Stan Lee stated in an interview with Alter Ego Magazine that he got the name from a pulp Adventure hero who had an actual black panther as a sidekick. More to the point, Black Panther debuted three months before the formation of the socialist group who took the name in October of that year. Despite the facts, Marvel received harsh criticism for its perceived support of the party and in 1972 under the direction of Roy Thomas in Fantastic Four issue number 119 Black Panther now went by the name Black Leopard, which Lee soon changed back. Also, in his earliest creation artist Jack Kirby named the character Coal Tiger and featured a drastically different design.

Marvel is no stranger to dealing with issues of race and civil rights, and Black Panther was no exception. In the follow up to the  Jungle Action comic series Panther’s Rage—considered Marvel’s first graphic novel—then writer Don McGregor gave readers the bold and controversial, Black Panther vs. the Clan in which he traveled to the American south and battled with members of a group known as the Clan. While never directly stated the group resembles the Ku Klux Klan. During one of his fights with the group Black Panther is overpowered and tied to a burning cross, he later breaks free and defeats the Clan. The whole experience marked T’Challa’s first exposure to American racism.

In addition to being a member of the Avengers Black Panther has also helped the X-men on occasion. After various team-ups, T’challa began dating X-men member Storm a.ka  Ororo Munroe. After helping Storm track down surviving members of her family in Cairo—her native land—T’challa proposed to her and the two were married in a grand Wakandan ceremony, often considered one of the most significant events in comic book history. Their marriage was later annulled following the events of  X-Men vs. The Avengers, where Wakanda was destroyed by Namor and all mutants were banned.

First appearing in Black Panther Volume four issue number two in 2005, Shuri is the younger half-sister of T’Challa and only daughter of former King T’Chaka. After her brother was critically injured in a battle with Doctor Doom rendering him comatose, Shuri trained and eventually became the new Black Panther and Ruler of Wakanda. Like her predecessor, Shuri obtained many of the powers granted in the role including enhanced strength, durability, and agility—granted by the vibranium suit—as well as superhuman senses. Like her brother Shuri also possesses a genius level intellect, is a martial arts expert and utilizes advanced technology and weapons. Unlike her brother, however, as Black Panther Shuri also possess anamorphic shapeshifting abilities and stone skin.

Black Panther will make his return in Marvel’s upcoming Avengers: Infinity War in May 2018!