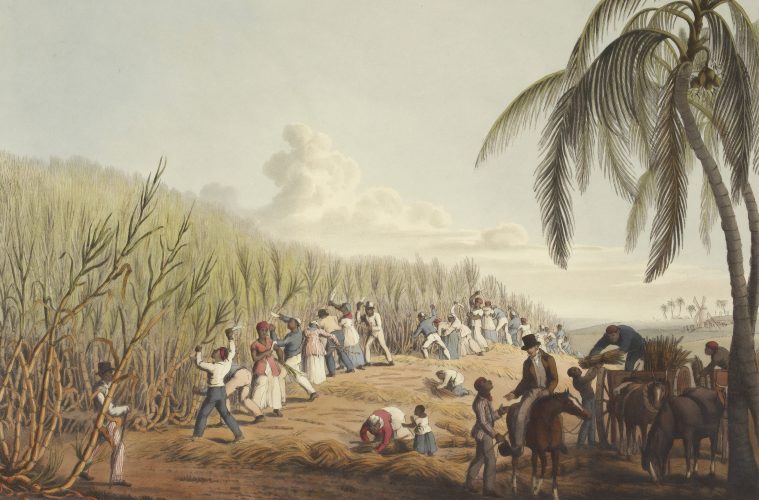 3 Reasons Our Ancestors Are Exactly Who We Need To Be

The phrase “We are not our ancestors” has been used frequently by young black people since the election of Donald Trump in 2016.

It plays on the widely accepted notion that African people who were captured during the transatlantic slave trade were submissive and complacent instead of standing up against their white oppressors. When saying it, black people want the world to know that we will not tolerate racism and injustice.

While the phrase is meant to make white people understand that Trump does not give them permission to re-spark the Jim Crow era, it also ignores the strength and endurance our ancestors faced while enslaved. The parts of history about runaway slaves that America allows to be taught are typically the perilous journeys to freedom following the North Star and about long nights spent getting from one cave, bush, or safe house to the next until they reached the Mason Dixon Line and the Underground Railroad.

Some of us even learn about a few slave rebellions that took place such as Nat Turner’s Rebellion of 1831 or the Haitian Revolution that ended in 1804. These are often only the two examples given when discussing what the enslaved did to oppose their enslavers.

However slaves practiced resistance in their everyday lives, doing what they could to make their lives tolerable and their enslavers’ lives difficult.

Ancestors Took Education Into Their Own Hands

It is well known that slaveholders were extremely against slaves being educated, going as far as passing laws that prohibited people from teaching them how to read. The enslaved understood that learning to read was essential in advancing them in the fight for freedom.

To achieve literacy, many learned in secret from whites or other enslaved people. Family members taught each other, white children taught black children and they in turn taught other black children.

Many slaves learned by observing enslavers meticulously, being careful not to face repercussions. In some areas, secret night schools were established under false pretenses and gave many of the enslaved a chance at literacy.

The dangers and difficulty of learning to read scared many away. However for others, nothing stood in their way.

If they were caught by their enslavers, they found a better hiding spot.

Forming communities away from plantations in areas unlikely to be crossed by enslavers and their hunters is another way the enslaved resisted their capture. This strategy, which came to be known as marooning while the communities were called maroons, consisted of runaway slaves setting up small communities in swamps, jungles and mountains.

Because of the landscape and climate of these areas, the communities remained rather unbothered or undiscovered. These maroons existed all across America’s southern states, in Carribean islands and various countries in South America.

The most well known maroon may be the Great Dismal Swamps on the Virginia and North Carolina border. This community was most likely founded by African-born slaves brought to America, who grew over time as more runaway slaves popped up.

When the Fugitive Slave Act was passed, many slaves ran to this swamp area instead of risking getting caught in the North and being sent back. The exact number of runaways that lived in this area is unknown, but it is estimated that there were hundreds, maybe even thousands.

In this land they could live by planting vegetables, hunting and fishing. To obtain things like knives, pots, etc, they traded with slaves from nearby plantations or just simply took what they needed.

Many of these communities had militia-like defenses against white militias hired to attack the freemen.

Slaves used multiple forms of resistance. They would purposely work slow, feign illness, or damage machines so they would be unusable.

Women would terminate or even kill their newborns before they could be made a slave. There are stories of women who cooked for the enslavers to poison them with medicine from plants.

Enslavers became so paranoid about being poisoned that recipes for an antidote to the poisons were printed in newspapers. Arson and murder were also frequent tools to rid slaves of particularly evil masters.

The enslaved also did what they could do to keep in touch with African traditions that were outlawed in many areas. They passed down stories orally, practiced herbal medicine and prayer and  secretly danced making drum-like rhythms.

So next time you think our ancestors were docile beings just waiting to be freed or die, take a step back and realize their fight for freedom it what got us here.